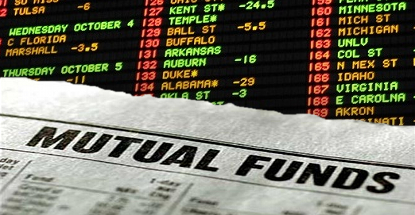 On Tuesday, Sandoval signed Senate Bill 443, which authorizes Nevada-licensed sportsbooks to accept wagers from business entities, which will represent pools of investors. These investors can be based out of state, but they won’t have an active role in determining how the entity’s wagers are placed. The process has been compared to investing in mutual funds.

Proponents of the legislation – including local sports betting tech provider CG Technology (the former Cantor Gaming) – believe it will lead to a dramatic boost in betting handle in Nevada, the only US jurisdiction currently allowed to offer single-game sports wagers.

Sandoval also put his John Hancock on SB 445, which authorizes Nevada sportsbooks to operate similar facilities in other jurisdictions where such activity is legal. CG Technology already operates sportsbooks in Mexico, the Bahamas, on cruise ships and a sports lottery bar in China, so SB 445 really only gives CG Tech some political cover for what it’s already doing. But the law would allow Nevada books a leg up should New Jersey prevail in its quest to overturn the federal PASPA sports betting prohibition.

Also awaiting Sandoval’s signature is SB 40, which was approved by legislators last month. SB 40 would make it a felony to receive compensation for acting on behalf of gambling operations located outside Nevada. Ostensibly targeted at agents of international sportsbooks, the bill has been criticized for its overly broad language about “accepting or facilitating” wagers with parties not holding a Nevada license, which could theoretically apply to individuals staking poker players at the World Series of Poker in Las Vegas.