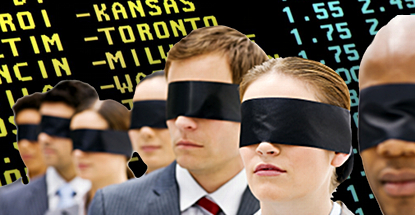 Nevada state legislators have resumed their push to bring so-called ‘entity’ betting to the state’s sportsbooks.

On Tuesday, a Nevada state senate committee held a hearing on SB 443, which would allow business entities to place wagers with sportsbooks. The bill would allow individuals the opportunity to share in the proceeds of betting activity by partnerships like, for example, Billy Walters’ Acme Group Trading.

Under the 1992 federal PASPA legislation, Nevada is the only state allowed to offer single-game sports wagers. Supporters of the entity betting proposal say Nevada sportsbooks could dramatically boost wagering handle by allowing out-of-state bettors a way to access legal sports betting services without travelling to Nevada.

SB 443 supporters say the plan would work like a mutual fund, in which entity investors would benefit financially from winning wagers but would have no say in the specifics of the wagering activity. That would ensure the plan doesn’t contravene the 1961 federal Wire Act, which bans the interstate transmission of sports betting information.

SB 443 also needs to ensure it doesn’t contravene Nevada’s ‘messenger’ betting rules, which prohibit sportsbooks from accepting wagers placed by an individual on behalf of a third party, if the individual placing the wager receives compensation from the third party.

SB 443 was introduced by state Sen. Greg Brower, who sponsored a similar measure in 2013 that ultimately went nowhere. Brower’s plan would require all beneficiaries of an entity’s wagering activity to disclose personal information including social security numbers. An entity would also have to hold its funds in a Nevada-based bank or other financial institution and keep detailed records on its wagering transactions.

In order to become law, SB 443 must first pass muster in the state Senate by April 21. Assuming that happens, the bill would then travel to the Assembly, where Brower’s 2013 effort met its demise. But Brower’s previous bill lacked the support of state gaming regulators, whereas SB 443 has received a somewhat warmer welcome from the Nevada Gaming Commission, which is working with legislators on amendments to ensure regulatory compliance.

While Nevada sportsbooks would obviously enjoy a boost in betting volume if entity betting was allowed, it remains to be seen how long a book might tolerate a successful betting syndicate like Acme Trading routinely winning large.

Nevada Gaming Control Board chairman A.G. Burnett told ESPN.com there was “nothing in this statute that forces books” to accept entity wagers. CG Technology, which manages books for eight Las Vegas casinos, is fully supporting SB 443 while other sportsbooks have yet to express an opinion on the matter.