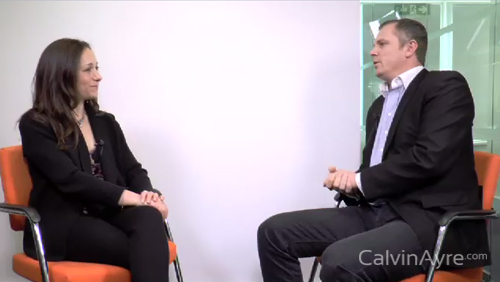 Niclas Lundqvist has been in the online gambling industry and digital marketing industry for many years and is now serving as the VP of Sales for Goo Technologies.

Goo Tech is a pioneer in WebGL, a component of HTML5 and specializes in creating rich 3D graphics and customer engagement advertising campaigns.

While Goo Tech works with all sorts of companies around the world, in this interview we focus on how the cutting-edge technology can specifically improve KPIs for online gambling companies.

Becky Liggero: Thank you so much for joining me today, Niclas. We love Goo, the technology behind it is amazing and can you tell me how Goo has just revolutionized customer engagement and interactive advertising?

Niclas Lundqvist: Well, let’s go back three years to when the company was founded. Historically, also to some extent today, in order to create digital experiences, you couldn’t create anything that would work across platform and some of the graphics needed plugins such as Flash and so forth. And so there was a clear need for technology that actually worked without plugins and would work across all of the devices.

So, to use an industry expression, Goo Technologies “took a punt” on HTML5 and WebGL becoming an industry standard. WebGL is a component within HTML5 that utilizes the hardware acceleration of a device. And during these three years the company has created a cutting-edge engine and also a cloud-based creation tool for developers and agencies around the world to create awesome content.

We have experienced a couple milestones over these past three years. We had Chrome and Firefox Mozilla enabling WebGL early on and Android was pretty early in that stage, we had Internet Explorer coming on board and everyone was anticipating what is Apple going to do and it was going to be a deal breaker for us. Finally in May last year they issued press release that WebGL was supported in iOS8. So, the punt become a slam dunk, basically.

BL: I love it. So it sounds like we can experience your graphics on every device, every platform- it’s just accessible for everybody.

NL: That is correct. Today we support some 3.5 billion devices.  So really old iPhones you cannot upgrade to iOS8, but they will become obsolete fairly soon. So this is going to be the new standard- we are in a fantastic position obviously since we’ve invested a lot of time and we are the pioneers in WebGL.

BL: I love it.  And I know Google approached you for a campaign that Nike was running last year for the World Cup and this campaign put Goo Technologies on the map. Can you walk me through what you actually did for Nike and how things went for you?

NL: Sure. We were approached by them because Nike wanted to run a campaign during the football World Cup in Brazil and they wanted to utilize the new technology in order to get a really viral spread on a digital experience plus also measure new KPIs such as engagement time.

So what we did, we re-created events in specific games where the users could interact with a scene in 3D, take a picture and share it through social media such as Facebook.  The campaign was deployed in fifteen countries and spread virally to over two hundred countries.  We actually got 2.2 million fans to interact with the brand during the football World Cup and the average engagement time, which was the major KPI they wanted to measure, was one minute and thirty-eight seconds which is unheard of.  That campaign really put us on the map.

We met customers during the spring of last year and a lot of the questions were, “Is this tech really going to work” and “Is it going to be supported by iOS”, blah, blah, but after the Nike campaign the questions turned more into, “Wow, when can we get started?”  So that really put us on the map.

BL: That’s fantastic.  And I know there is interest in your technology from the online gambling businesses that we’re familiar with.

NL: Very much so.

BL: Can you give me some examples on what you are doing for the iGaming companies?

NL: Sure.  iGaming companies are early adopters so it makes a lot of sense for them to try new technology.  Right now we are running campaigns with Mr. Green, Leo Vegas, we’ve done work for Vera & John as well for their Christmas calendar, but we mainly do three things.

First off, we have a lot of digital advertising, the rich 3D campaigns where the companies can get way better performance by creating interactive and engaging ads as opposed to having millions and millions of aggressively blinking gif banners.  They simply don’t do the job anymore.  So what you want to do, is you want to have relevant ads to the right person, you want to have fun and exciting interactive ads and that’s really what our technology can bring.

Second thing we can do for iGaming companies is allow them to create web assets to make their own web more vibrant and alive, like the Christmas calendar campaign that I mentioned earlier for Vera & John.  There’s a lot of things that you can do in order to keep the customers on your side and increase loyalty.

The third thing is actually for software providers in the industry.  Historically they’ve been developing their applications in two different environments- one of them is HTML5 and one of them is Flash for desktop.  So they can actually change their production line to just using HTML5 now because WebGL is way more powerful than Flash so they can cut down on a lot of costs and have one production and have a harmonized distribution across all of devices.

NL: The internet historically has been like a big library- basically we’ve been going online to get information.  It’s shifting more and more that we’re going online for entertainment.

IT infrastructure improving, technology like ourselves and also technologies like Oculus Rift –there are fantastic opportunities to be explored, how can we engage with customers in the future? Are the two dimensional sites that we visit today, are they going to be virtual environments that we enter into? Because the concept of a website is really going away, we’re talking more about web apps- it’s getting more and more complex.  So can you utilize your technology to increase profitability? Gamifying signup processes is one example, so for entrepreneurs there’s an endless supply of opportunity to be explored with this new technology.

BL: Gamifying signups. I like that, Niclas.  Great, well you’re a wealth of knowledge and I really appreciate you joining us today.

NL: Thank you very much.