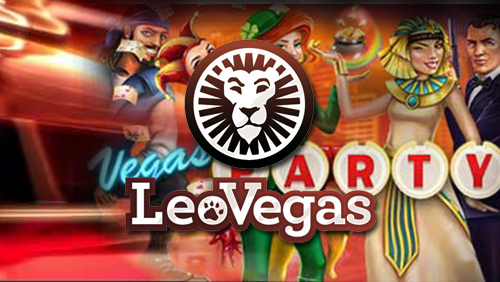 Mobile and online casino LeoVegas has launched its first major television ad campaign in the UK to celebrate its first year in UK market.

In partnership with London-based ad agency Now, LeoVegas created a 30-second advert titled “King of Mobile,” which will be seen on both satellite and terrestrial television across the UK.

The advert (viewable below) introduces consumers to LeoVegas mascot Leo the lion, who is shown attracting attention as he goes to visit a barber.

“LeoVegas.com brings the thrills of the Vegas Strip direct to your mobile and we wanted to extend that even further by giving everyone the chance of finding some extra cash to celebrate our launch,” said LeoVegas UK Head Shenaly Amin.

“We released our very first television advert in December but it was fairly low key so this new and more professional ad represents our first major TV campaign,” Amin told eGaming Review. “The UK is an exceptionally tough market but I feel that, when you look at our competitors, we are offering something a little bit different, which is not only reflected in this advert but also the progress we have made over the past 12 months.”

LeoVegas supported the launch of its UK TV advert with a special marketing promotion involving the release of 999 balloons, 200 of which are carrying £5 and one golden balloon containing £250.

The drop zone could be anywhere in Leeds in West Yorkshire, England. The lucky winner who finds the balloon will have to tweet a selfie with the prize to @LeoVegas with the hashtag #FlyingHigh.

Created by Net Entertainment, the 5-reel and 3-row game is now live, with a Linked Reels function to make sure at least two identical and adjacent reels will be included in each spin, giving 243 ways to win.

The symbols includes Cleopatra, James Bond and other familiar characters and the Joker symbol acting as a wild card that can substitute for all other symbols. There are also six card symbols that can be found on the reels.