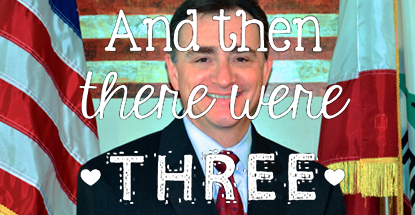 The California Gambling Control Commission has lost its second member in as many weeks as conflict of interest allegations continue to swirl around the gaming regulator’s membership.

On Thursday, Commission chairman Richard Lopes (pictured) announced his retirement from the regulatory body, despite having just been reappointed to the role in January. Lopes’ current term was supposed to extend through 2018 (at $138k per year) but the San Diego Union-Tribune quoted Lopes saying he had notified the Commission of his intentions back in March.

Lopes explained his decision to head for the exits by saying he’d just reached his eligible retirement age of 50, had survived a cancer scare and was “eagerly looking forward to the next chapter in my life.”

Lopes made no mention of the growing brouhaha over the investigation into alleged profit skimming at San Jose cardroom Casino M8trix and the resulting allegations of conflict of interest that have followed some Commission members. Earlier this month, executive director Tina Littleton also announced her resignation, leaving the Commission with just three remaining members.

Earlier this year, Lopes and Littleton both recused themselves from future matters regarding Robert Lytle, the former head of California’s other gaming regulator, the Bureau of Gambling Control (BGC). Lytle, who stepped down from the BGC in 2007 to take a job as compliance officer for the venue that later became Casino M8trix, has been accused of improperly contacting and misleading state regulators after joining the private sector.

Lopes, who had a long career with the California state Department of Justice, used to be Lytle’s boss. Littleton is in a personal relationship with James Parker, a former state DOJ agent who is believed to be the individual accused of illegally sharing information on the profit skimming investigation with Lytle.

Gov. Jerry Brown has yet to announce replacements for the two departing commissioners but the depleted regulatory body throws yet another wrinkle into California’s already convoluted efforts to pass online poker legislation.