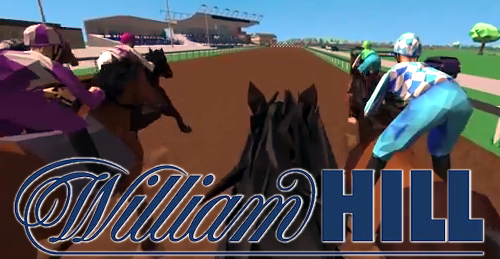 Hills has teamed with production studio Unit9 on the ‘Get In The Race’ project, which is currently in the prototype stage. The plan is to incorporate GPS racetrack data with VR technology to allow punters to experience a race from the 360° perspective of the jockey riding their nag. Bettors can choose from a variety of wagers using a heads-up display that responds to their eye movement.

Crispin Nieboer, Hills’ director of corporate development and innovation, told The Drum that the company was always on the lookout for ways to gin up the ‘dry’ betting experience. Nieboer said Hills’ goal was to enhance “the thrill of the ride” and provide more of a “Las Vegas experience” than the passive ‘win or lose’ binary boredom.

Unit9 was given data from a past race at Kempton Park then set about recreating that race in a 3D VR engine. Google Cardboard’s £8 mobile VR workaround was chosen as the more optimal device for the prototype, as Facebook’s rival Oculus Rift product was deemed too pricey for what Hills hopes will eventually become a mass market product.

However, Hills plans to offer a more complex setup in its betting shops using a traditional VR headset. There are even plans for punters to sit astride a horse-shaped device that will move according to the data delivered by the chosen horse.

Hills unveiled the new app at the Digital Shoreditch festival, which began on Monday and runs through May 24. Shoreditch is the base for Hills’ WH Labs tech hub, which opened in 2013 as a way for Hills to integrate itself into London’s tech community and dream up industry-shifting ideas.