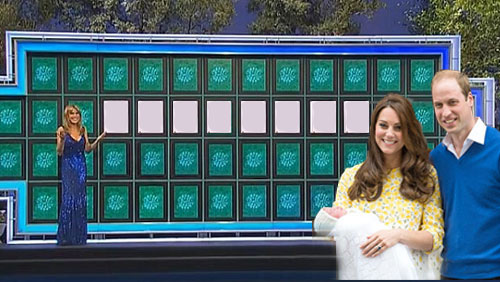 Bookies face a huge payout if the royal baby is named Alice or Diana and Charlotte, as bookies estimate a million pounds has now been wagered on the name of the Duke and Duchess of Cambridge’s new baby daughter.

As 21-gun salute was fired in Wellington today for the birth of the Duke and Duchess of Cambridge’s baby girl, a last minute burst of bets was put on Charlotte as the most likely name for the new princess, leaving bookies potentially facing a seven-figure payout to punters.

In the last odds offered by SkyBet, Charlotte stood at 5/2, with Alice at 9/4, and Victoria at 13/2 while with Ladbrokes and Paddy Power, Charlotte has now been placed top of the list at 3/1.

Ladbrokes spokesperson Jessica Bridge said that bookies all over the UK are hoping and praying for any name other than Alice, Charlotte, Victoria, Elizabeth, Olivia, Alexandra or Diana.

The royal couple welcomed a daughter on Saturday and made her public debut as her parents left the Lindo Wing of London’s St Mary’s Hospital.

The name is expected to be revealed on Monday.

Paddy Power refuses to pay out on Rory McIlroy bet

Two men from County Limerick said that they won’t bet with Paddy Power again after it refused to pay out on a winning bet.

Mike Sexton and D Deady each staked €50 on a special bet for Rory McIlroy to shoot par or better on the second day of the Augusta Masters at 14/1 in Charleville on April 10.

After the game, the two pals thought they had won €700 each but when they went in to collect the winnings, the tickets came up from the computer as a loser.

The two were asked to wait for a few days and eventually got a phone call from head office saying that they would only return their stakes.

“If I picked it off the board, wrote it down myself, didn’t check it with anyone and they said it was wrong you probably wouldn’t have a leg to stand on,” said Sexton. “The price might have been a mistake but he asked the staff, they checked it out with head office and got the OK. If we wanted to take advantage he would have had more money on it.”

A spokesperson for Paddy Power said the special on display on their screens was for Rory McIlroy to shoot a bogey free round at 14/1.

“There was an error in our Epos system, which displayed the special as ‘Rory to shoot par or better’ which was incorrect. 14/1 to shoot par was clearly a palpable error and would fall under our palpable error rules which are: where a blatant or palpable error is made in transmission on any event on which we offer betting, bets will be settled at the correct price at the time at which the bet was placed,” said the Paddy spokesperson.

“It’s regrettable on our part, but the rule is standard across the industry. Last year we offered over 75 million prices and on the law of averages for a number of reasons such as data input, error etc. some can be displayed incorrectly.”