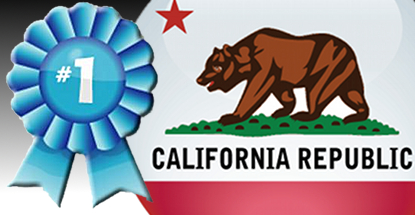 California held its first ever committee vote on online poker legislation and the vote was unanimously in favor.

The vote didn’t legalize anything, but merely ensured that Assemblyman Adam Gray’s AB 431 ‘shell’ bill would be discussed in greater detail at future hearings. Unlike the state’s other online poker bills, AB 431 wasn’t designated as an ‘urgency’ measure, leaving it facing an early death if it didn’t receive Committee approval by May 1, the deadline for bills to be considered in the current legislative session.

Prior to Monday’s hearing of the Assembly Governmental Organization Committee – of which Gray is chairman – Gray filed amendments to the bill. The substance of these amendments remains a mystery but they were apparently sufficient to convince representatives of the Pechanga-led tribal coalition to shift their position from ‘opposed’ to ‘neutral’.

However, Pechanga chairman Mark Macarro reiterated the coalition’s opposition to the state’s racetracks being allowed to participate in the online poker marketplace. The coalition continues to insist that since the tracks aren’t currently licensed to offer poker, allowing them to do so online would represent an expansion of gambling that would contradict the expressed wishes of state voters and make a mockery of state-tribal gaming compacts.

The only true opposition voiced at the hearing came from the California Coalition Against Gambling Expansion’s James Butler, who railed against gambling proponents who “over-promise and under-deliver the benefits to the state.”

Asked when he might start adding some flesh to AB 431’s bones, Gray said much would depend on two upcoming joint Assembly/Senate informational hearings. The hearings, scheduled for May 20 and June 24, do not deal with any specific legislation and will not call for any votes to be taken. A third hearing of the Assembly GO Committee on July 8 could determine which of the state’s competing online poker bills will emerge as the frontrunner.

Assemblyman Reggie Jones-Sawyer, whose AB 167 bill would allow participation of both racetracks and ‘bad actors’ like PokerStars, was encouraged by the hearing but acknowledged that those “two major, major issues” would need to be resolved before real progress could be made.