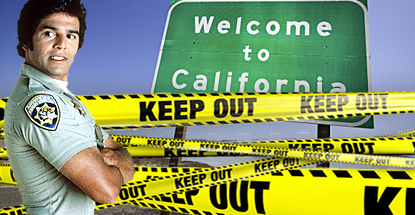 A coalition of influential California Indian tribes has given state legislators a simple message: keep PokerStars out.

The six-tribe coalition – led by the Agua Caliente Band of Cahuilla Indians and the Pechanga Band of Luiseño Indians – issued a letter to Assemblyman Reggie Jones-Sawyer stating their opposition to his “fatally flawed” AB 167 online poker legislation. The coalition tribes were already understood to have thrown their support behind Assemblyman Mike Gatto’s AB 9 legislation.

The bulk of the coalition’s letter focuses on ‘bad actors’ aka companies that took wagers from Americans post-UIGEA. The letter goes into detail on the Black Friday indictments, in particular the three online poker companies’ mismanagement and occasional grifting. Such “unscrupulous entities and brands … defrauded poker players of over $300 million.”

The letter basically lumps in the financial shenanigans at Absolute Poker and Full Tilt Poker with the comparatively squeaky clean PokerStars, without whom Full Tilt’s defrauded players would never have been made whole. Without mentioning Stars by name, the letter describes Stars writing that $731m check solely to avoid “the looming possibility of criminal convictions – which certainly would have prevented those firms from obtaining gaming licenses in U.S. jurisdictions.”

The coalition notes that the gold star regulators in Nevada thought to include a strict bad actor prohibition in their online poker legislation. Nevada also slapped a five-year ban on the use of “covered assets” i.e. brands, software, databases, etc. used post-UIGEA. The coalition likes this type of language, which prohibits Stars’ new owner Amaya Gaming from unleashing its new toy on unsuspecting Nevadans. Jones-Sawyer’s AB 167 contains no such language.

Without mentioning any names, the coalition closes with a dig at their tribal opponents – the Morongo and San Manuel bands of Mission Indians – who have teamed with PokerStars in support of AB 167. The coalition says AB 167 “should not move forward solely for the sake of supporting a business model that might possibly benefit a few tribes in the short term, to the certain and permanent detriment of all other tribes, not to mention, the citizens of California.”

The coalition’s emphasis on bad actors is somewhat unexpected. Just last month, Pechanga attorney Steve Bodmer said that while Pechanga was taking a “principled” stand against bad actors, the real sticking point was the racetracks.

The letter does briefly restate the coalition’s opposition to the state’s horseracing operators participating in online poker play. The tribes insist this is an unnecessary expansion of gambling and an infringement on their exclusive gaming rights. The tracks have argued publicly that they’re currently the only operator in the state with any history of offering online gambling, so just try and keep them out.

More and more, Assemblyman Gatto’s view that online poker legislation had only a 35% shot at being passed in 2016 seems unduly optimistic.