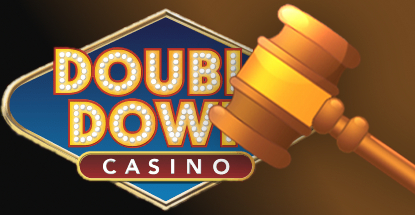 IGT’s popular social gaming division DoubleDown Interactive has been slapped with a class action lawsuit based on claims that its social casino products represent “camouflaged” gambling.

Illinois resident Margo Philips claims she lost over $1k over the past two years gambling with virtual chips she’d purchased to play DoubleDown’s social casino games. Philips’ complaint explains how none of the chips she won playing on DoubleDown were able to be withdrawn as cash, despite these chips being “identical to the chips that defendant sells” to its players. Philips argues that DoubleDown’s casino games are “nothing more than camouflaged unlawful games of chance.”

Philips purports to be one of “thousands of Illinois consumers” who have each lost at least $50 on DoubleDown, which she claims has “illegally profited” from their game play. Philips is seeking to recover all the real cash these consumers have paid to obtain DoubleDown gambling chips. Philips also wants to see DoubleDown shut down because its software allegedly fits the definition of a prohibited “gambling device.”

Illinois is ground zero for zany class action suits against online gaming, be they real money or virtual money sites. An Illinois court recently tossed the latest in a long line of attempts by a few opportunistic Illinois residents looking to recoup other players’ gambling losses at online poker outfits PokerStars and Full Tilt prior to those companies’ acquisition by Canada’s Amaya Gaming.

Melnick said Rational had made it clear they weren’t interested in “short-term tricks that boost revenue but drive a wedge between the player and the company.” Melnick said he planned a more “customer-centric” approach that he maintains “has not yet been tried in the social space.”