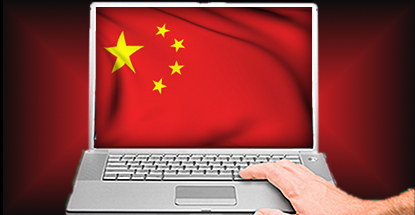 China’s online lottery marketplace is in a state of confusion following a joint public statement by eight government ministries and agencies.

On Friday, the Ministries of Finance, Public Security, Industry and Commerce and five other governmental bodies issued a joint statement saying “all institutions, online entities or individuals which provide unauthorized online lottery sales services, either directly or through agents, shall immediately cease such services.”

The announcement also instructed provincial authorities to “investigate and sanction unauthorized online lottery sales in their respective jurisdictions according to relevant laws and regulations.” Any lottery issuance authority planning to engage in online sales needs to first “obtain a consent from the Ministry of Civil Affairs or the General Administration of Sports of China.” Individual operators wishing to provide technical services to enable online sales “must be pre-approved by the Ministry of Finance.”

In January, Beijing ordered provincial lottery administration centers to suspend online lottery sales as of March 1. It was subsequently revealed that some online operators weren’t registering all sales with the provincial centers, apparently as a way to pocket greater profits. Friday’s statement referenced “rampant irregularities” among online operators, some of whom were accused of selling “fraudulent” lottery tickets.

OPERATORS REACT
The clampdown has played havoc with the share price of Nasdaq-listed, Shenzhen-based online lottery operator 500.com, which is one of only two operators that in 2012 received Beijing’s permission to operate online as part of a pilot program. 500.com shares rose late last week on rumors that the online suspension was due to be lifted.

On Monday, 500.com issued a statement informing investors that, “to the best of the Company’s knowledge, the approval by the Ministry of Finance for the Company to provide online lottery sales services on behalf of the China Sports Lottery Administration Center is valid and has not been revoked or amended as of the date of this announcement.”

500.com described Friday’s joint announcement by the governmental agencies as “a further step by the competent government authorities to sanction unauthorized online lottery sales and to ensure the healthy development of the lottery market in China.”

500.com sought to reassure investors that, while it had suspended its online sales to comply with the government directive, it has RMB 914m (US $147m) in cash at its disposal. 500.com claimed this sum was “sufficient to sustain the Company’s operations for approximately 10 years without taking into account any revenue.”

UK-listed lottery technology supplier DJI Holdings has adopted a slightly less bullish stance. The company expressed confidence that its 2015 results would not be impacted by the suspension, but nonetheless expressed hope that the suspension would be lifted in the near future. DJI said it continues to sell welfare and sports lottery tickets via its mobile channels and land-based outlets.

Like 500.com, DJI praised Beijing’s desire to bring more integrity to the online lottery marketplace via “better regulation and the elimination of a large number of unauthorized operators.” DJI believes it will “benefit significantly from the positive long-term effects of robust regulation” and continues to “engage actively with all relevant authorities” on the matter.

MEET THE NEW BOSS?
On Tuesday, China Daily quoted industry sources saying there had been as many as 400 companies offering online lottery sales in China. These companies reportedly generated annual sales of RMB 85b ($13.8b), roughly 22% of the country’s total annual lottery sales.

The government is presently awaiting the results of an audit of the country’s 18 provincial lottery administration centers. Speculation is mounting that Beijing will create a separate government body to specifically handle online lottery sales. At present, the lottery sector is jointly regulated by the Ministries of Finance, Civil Affairs and the General Administration of Sport.

However, China Lottery Industry Salon founder Su Guojing cautioned that while a major reform appears underway, the new regime “will only be very limited and there won’t be a complete market relaxation.”