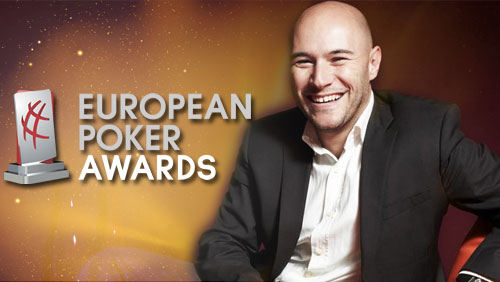 Global Poker Index, CEO, Alex Dreyfus has agreed to reintroduce a European Poker Award category for best Online Player of the Year after a former winner called for its inclusion.

The 2016 European Poker Awards (EPA) will include a category for Online Player of the Year, after former winner Andreas Torbergsen took to Twitter to voice his displeasure at the category being missing from the 2014 ceremony.

Andreas Torbergsen spoke. Alex Dreyfus listened. The advent of social media has closed the gap between company owners and customers. The same is true in poker. Over the past years I have seen the big three poker tournament organizers interact with their customers through this channel to great effect. It has just happened again.

In 2010, Andreas ‘Skjervoy’ Torbergsen won the EPA for the Best Online Player of the Year. In 2014 there isn’t even a category for online players. Torbergsen decided to create a poll to see what his twitter follower’s thought of the omission. The answer was a 92% yes vote for an online poker award (36 people voted).

Shame they removed online prices #EuropeanPokerAwards. I made a poll to see what twitter thinks. @alex_dreyfus http://t.co/wSeuXoPwwA

As ever, the man determined to Sportify poker was switched on. He responded to Torbergsen to explain that the category was dropped because of a lack of accurate statistical information that makes it difficult for a winner to be chosen.

“It’s a lot more difficult than twitter followers understand,” Dreyfus told me, “But I am sure that we will figure out a compromise for next year. We removed it because my team believed it is very difficult for the choice to be accurate, and therefore legitimate. Nicknames, segregated networks, different pools of liquidity, all make the choice of Online Player of the year a little tricky.”

The EPA was born in 2001. The Online Player of the Year was introduced in 2009 and Patrik Antonius was the first winner. It became a fixture for the next four years, with Finland dominating, before the award category was dropped this year.

I think both Torbergsen and Dreyfus make valid points. Online poker is poker. To have an awards ceremony without recognizing this part of the game does seem absurd. Then you have the obscurity of nicknames, the high volume of players who want to be Batman or Robin, and the data collection sites unable to record all of the action accurately.

There is also an issue regarding the diversity of games and buy-in levels. Does the small stakes grinder with a flawless graph win the award? Does Jungleman win it for topping the High Stakes Database? Do you hand it to the PocketFives World Number One? Or does it go to the winner of the WCOOP Main Event?

This is one of the reasons you will not see a Live Cash Game Player Award at the EPA’s. Live cash games are the bread and butter of the industry. It also seems absurd not to have an award. But how do you accurately choose a winner based on performance, when you can’t see the full picture?

Not it’s your turn. Should the EPA include an award for Online Player of the Year, and how do you think the winner should be chosen?