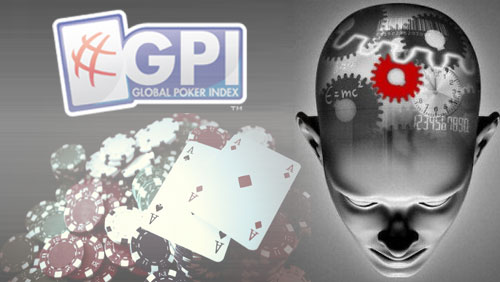 Global Poker Index, CEO, Alexander Dreyfus, believes that poker is a steadily growing market, but much needs to be done in order to improve that rate of growth, and part of the plan is to ‘sportify’ poker.

Sportify – you won’t get any points for it in a game of Scrabble, but it’s a word that a certain Frenchman believes is the key to poker’s global domination.

Alexander Dreyfus has been behind so much of poker’s innovation recently, that I wouldn’t be surprised to learn that he designed the three-handed hyper-turbo Sit & Go lottery games that are currently driving the divorce rate through the roof.

He is even creating his own words.

It rolls off the tongue quite nicely.

But what does it mean?

Essentially, Dreyfus is trying to drive the idea that poker will move like a knife through hot butter, if we start promoting it as a sport, or a knife through my head if we don’t. In a recent blog post entitled: ‘Let’s Sportify Poker – Discover the Brand-ability of the Game,’ the Global Poker Index (GPI), CEO, continues to lever his way into our memory banks – driving home the foundational points of what he is trying to achieve, in a call to arms style voice.

The live tournament poker market has grown 20% year-on-year, and thus far in 2014 it is growing at a rate of 6% year-on-year. I know that because Alex Dreyfus owns the vital statistics.

Dreyfus is leading by example. In London, recently, he brought together a series of sports and advertising agencies to give them a glimpse of the world of cards, chips, and characters; but perhaps more importantly, members of the European Poker Tour (EPT) and World Poker Tour (WPT) were also rubbing shoulders.

The event was such a success that Dreyfus plans to roll out similar events in Chicago, New York, Los Angeles, and London; as he continues to promote poker as a sport in North America, and Europe, with particular emphasis placed on the land of the dollar.

“Much still needs to be done to develop poker to reach it’s full potential as a sport and as a living ‘ecosystem.’” Writes Dreyfus.

The GPI seems to be the big stick that Dreyfus is using to grab people’s attention – and it’s working. USA Today, Cinesport, and SportingNews.com, means that poker is being delivered to the eyeballs of the readers of over 100 U.S. Newspapers.

It just needs a name.