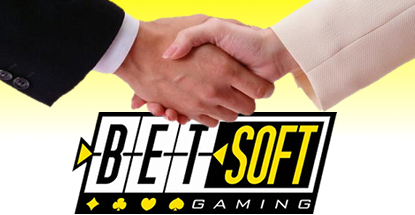 3D video slots software developer Betsoft Gaming has had a busy time of late, adding three names to its growing list of clients.

Deal le Deux seeks to build on Betsoft’s Asian market presence by providing desktop and mobile games to Virtus Information Ltd., which operates the Asian-facing 998bet.com. Virtus’ Choong Leo Ong said the new products should be accessible by his company’s customers within the next few weeks. Betsoft account manager Julian Camilleri said the two company’s “common philosophy will ensure that this partnership is both long-lived and mutually lucrative.”

Finally, Bitcoin online gambling site BetChain has announced it is adding 152 Betsoft game titles to its gaming palette. BetChain’s ‘casino host’ Brian Mason said the site has been operational for a year now and it was time to beef up its offering to allow it to compete on a level playing field with other Bitcoin-friendly gambling sites. Mason said Betsoft’s titles were “the hottest on the market right now” and their addition has made BetChain’s arsenal second to none.