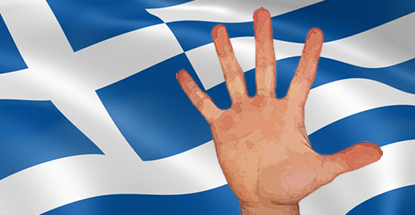 The ruling Syriza party, which assumed power after snap elections were called in January, says its new online gambling licenses will cost €3m apiece and be valid for a five-year term. Syriza said its plan would raise an additional €500m per year for the cash-strapped state.

Syriza’s plan calls for the “immediate, official licensing of existing Online Gaming Providers,” apparently referring to the 24 temporary online licenses issued by the previous government in 2011 (which were revoked a year later). Each license would apply to a single online domain. License renewal fees will be revised according to “actual market data.” Syriza feels the sale of new licenses shouldn’t take more than two months.

Tax rates would remain at their current levels and each new licensee would have to prepay minimum tax of €1m per year, “irrespectively of the actual volume of transactions and with the possibility that other taxes are waived.” Syriza envisions a completely “cashless” environment with payments done by debit or prepaid cards, “to be managed by an officially licensed Payment Service Provider by the Central Bank of Greece.”

The online gambling plan was one of seven new Syriza proposals to boost revenue and thus allow Greece to meet its debt obligations. Syriza and its combative finance minister Yanis Varoufakis have been warring with Greece’s EU and IMF creditors over repayment of the €240b bailout the country received in 2010. Other aspects of Syriza’s plan include enlisting “large numbers of casual onlookers” to fink on individuals or businesses avoiding value-added taxes.

Greece’s online gambling market has been in a state of legal turmoil for years. Those 24 operators whose temporary licenses were revoked have taken Greece to the European Commission over what they claim was blatant protectionism intended to boost the pre-sale value of former state-owned betting monopoly OPAP.

Syriza’s rolling out the welcome mat for online gambling represents something of an about-face. Shortly before January’s election, Syriza leader Alexis Tsipras said he was dead set against “large gambling interest and profiteering rampages on neighborhoods.” Tsipras also suggested the Greek government’s sale of its one-third stake in OPAP was a “national crime” and “not a done event.”