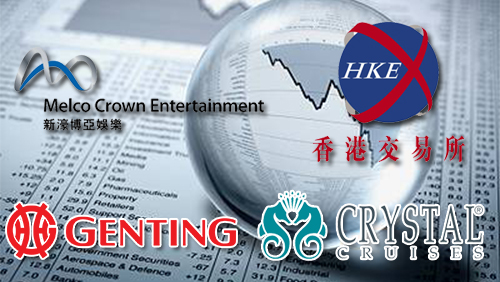 Macau casino operator Melco Crown Entertainment Ltd. is expected to withdraw its listing from the Hong Kong Stock Exchange (HKSE) on July 3, 2015, the company said in a filing to the HKSE.

Melco Crown filed an application stating its voluntary withdrawal from the exchange in January. Shareholders will vote on the proposed delisting at a general meeting on March 25. Assuming the vote is positive, the company will then seek approval from the exchange’s listing committee for the delisting.

The decision to delist from the Hong Kong Stock Exchange was brought about by what Melco Crown describes as a lack of “appropriate opportunities to raise additional equity in Hong Kong” and the limited volume of trading its shares has had on that exchange.

The company added that maintaining the listing in the HKSE “requires additional ongoing regulatory compliance obligations and such requirements involve significant additional costs and administrative burden.” The company will retain its primary listing of American depository shares (ADSs) on the NASDAQ Stock Exchange.

Melco Crown will have its last trading day on the HKSE on June 29. Shareholders will have the option of either keeping the Hong Kong-issued shares or convert them into ADSs, with the company covering the costs of the proceedings.

GENTING HONG KONG BUYS CRYSTAL CRUISES
Meanwhile, Genting Hong Kong has bolstered its presence in the high-end cruise market after purchasing Crystal Cruises from Japan’s Nippon Yusen Kabushiki Kaisha for $550 million. The deal, which is scheduled to be completed in the second quarter of 2015, will be financed with existing cash and bank loans.

“Crystal Cruises offers the epitome of luxury cruising and the service standard that all other cruise lines aspire to,” Genting Hong Kong Chairman, Chief Executive and acting President Lim Kok Thay said in a statement.

The company is based in Delaware and California, operating two high-quality ships—Crystal Symphony and Crystal Serenity, which are worth a combined $330 million.

The takeover is reliant upon the completion of a planned restructuring of Crystal Cruises that involves converting the company from a corporation into a limited liability company, among other business items.