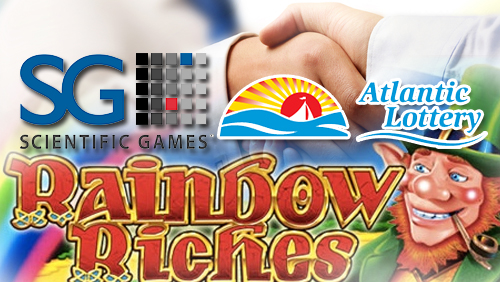 Under the deal, Scientific Games will provide ALC with its Sciplay iLottery and AEGIS NGS lottery gaming systems as well as operational monitoring and maintenance support starting in mid-2017.

“We are delighted to continue innovating with Scientific Games to bring entertaining lottery games to Atlantic Canadian players through technology that both serves us today and leads us into the future,” said Brent Scrimshaw, President and Chief Executive Officer of Atlantic Lottery Corporation. “Our conversion to the AEGIS NGS and Sciplay systems will provide ALC with the opportunity to securely and responsibly grow through traditional retail channels, and now mobile, internet and emerging channels.”

ALC operates on behalf of the provincial governments in New Brunswick, Nova Scotia, Newfoundland and Labrador and Prince Edward Island. The five-year contract, which can be extended up to 15 years, will extend Scientific Games’ technology presence to 70% of provinces and all three Canadian territories— Northwest Territories, Nunavut, and Yukon.

Scientific Games has provided iLottery and internet-based loyalty solutions to 20 World Lottery Association members since 2001 while the Sciplay system is being implemented in Arkansas, Maine, Maryland, Minnesota, Missouri, North Carolina, and most recently, North Dakota.

“ALC will be well-positioned to become an industry leader in multi-channel player engagement and promotions that can successfully grow their business,” Senior Vice President, North American Lottery Systems for Scientific Games Pat McHugh.

The implementation is expected to begin this month, with the conversion to the new system in 2016.

Rainbow Riches Bingo, featuring two network-based jackpots that ensure a maximum amount of daily winners, is now available for Playtech customers, with a £100,000 promotion in the run-up to St. Patrick’s Day on March 17th.

“The Playtech Bingo teams have done a fantastic job with Rainbow Riches Bingo, adding some highly innovative new features that differentiate the product from our standard player-popular Rainbow Riches bingo side games as well as remaining true to the brand’s original and classic gameplay, bonuses and characters,” said Scientific Games Vice-president and Chief Technology Officer of Interactive Jeremy Bowskill.