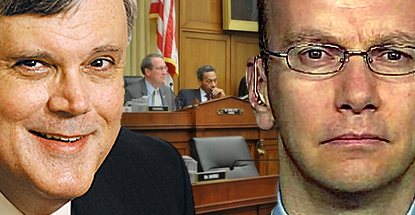 In case you’re wondering, no, this is not another flip-flop on the poker-only/poker-and-casino legislation filed (and re-filed) by Rep. John Payne. Miccarelli’s HB 695 is a warmed over version of the HB 2297 he introduced in the previous legislative session.

RAWA HEARING POSTPONED
Meanwhile, the federal legislation that would scupper any and all intrastate online gambling will not have a hearing this Thursday after all. The House Judiciary Subcommittee on Crime, Terrorism, Homeland Security and Investigations had scheduled a Thursday morning hearing to discuss the Sheldon Adelson-supported Restoration of America’s Wire Act (RAWA).

However, the Poker Players Alliance broke the news on Tuesday that the hearing has been postponed, apparently due to the possibility of a “significant snow event” in Washington (or because Adelson expects to be too partied out after his BFF Bibi Netanyahu’s whirlwind tour of the town this week). No replacement hearing date has been announced.

Before the postponement was announced, an unofficial list of witnesses due to testify at the hearing had circulated, and it seems RAWA supporters had stacked the deck against the chance of balance, evidence and/or sanity having a seat at the table.

Among those scheduled to offer testimony was Les Bernal (pictured right), director of the Stop Predatory Gambling (SPG) group, which believes gambling was created in a lab run by Al Qaeda’s germ warfare specialists. Then there’s SPG board member Michael Fagan, who teaches a course on money laundering and terrorism at Washington University School of Law in St. Louis. In his previous post as Assistant US Attorney for the Eastern District of Missouri, Fagan also oversaw prosecution of Betonsports CEO David Carruthers nearly a decade ago.

But the most egregious choice is the selection of University of Illinois professor John Kindt (pictured left), whose place in the history books is assured as the first to equate online gambling with crack cocaine. More recently, Kindt called sports betting the “gateway drug” of gambling and claimed online poker is a prime source of terrorist fundraising.

The lone panel member allowed to offer support for legal online gambling is Parry Aftab, executive director of WiredSafety.org and former board member of FairPlayUSA, a pro-online poker astroturf group formed by Caesars Entertainment and MGM Resorts. Suffice it to say, with three strident ‘nay’ votes sitting beside her and a hostile bunch of GOP congressmen glaring down from their perches, Aftab has her work cut out for her.