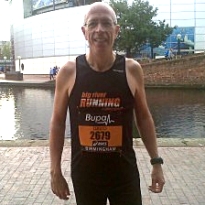 Calvin Ayre recently retained the legal services of Barry Slotnick, his son Stuart and other members of New York firm Buchanan Ingersoll & Rooney PC to represent him re the indictments brought by the US Department of Justice in February. Slotnick successfully handled the negotiations that led to Sportingbet’s $33m settlement with the DoJ in 2010 on similar circumstances involving online gambling and US citizens. Last week, Sportingbet made its final payment on that $33m deal, which CEO Andrew McIver said had cleared the way for Sportingbet’s eventual return to the US market when it finally liberalizes.

Sportingbet’s US woes began on September 7, 2006, when chairman Peter Dicks was arrested in New York on an outstanding warrant issued by the state of Louisiana for illegal gambling activities. Dicks’ arrest came not long after BetOnSports CEO David Carruthers was arrested in Dallas on similar charges. But unlike Dicks, who was released two days after his arrest and allowed to return to the UK, Carruthers spent the next several years under house arrest in a St. Louis, Missouri hotel room awaiting trial. Ben Rosario, a writer for the running news site Competitor, recently wrote a profile of Carruthers’ time in St. Louis, and how running gave the former online gambling exec a new lease on life.

Rosario ran a running gear store in St. Louis, and one day in January 2008 Carruthers walked in, a soft 192 lbs. from enforced inactivity while the interminably slow legal process dragged itself out. Under the terms of his confinement, Carruthers was allowed only minimal time outdoors (once in the morning hours, once more in the afternoon or early evening), but the 50-year-old made the most of it. Just three months after he first walked into Rosario’s shop, Carruthers finished his first marathon in St. Louis (time of 4:05:27). By December that same year, he’d finished another marathon, shaving almost a full hour off the clock (3:07:29). He made similar improvements in the local Macklind Mile competition, finishing in 5:18 in July 2008 and cracking five minutes (4:58) the following year.

Carruthers was hoping to get the court’s permission to compete in a marathon in San Antonio in 2009, but the judge didn’t fancy a high profile defendant getting that close to the Mexican border and denied the request. His January 2010 sentencing to 33 months eliminated the possibility of any more public races, but in letters from prison, Carruthers let Rosario know that he and a few of his cell mates had formed a running club called the ‘jailbird joggers,’ in which Carruthers served as coach. Carruthers even joked that “the guards get pissed when we run in the rain because they have to stand out there the whole time.”

After 14 months in detention, Carruthers was transferred to the UK on April 13, 2011. He spent three months in two UK prisons before being placed under house arrest on July 18. Three months later, he ran a half-marathon in Birmingham, which he finished in 1:25:34, a personal best. Just think of what he’ll be able to accomplish without a monitoring bracelet strapped to his ankle.