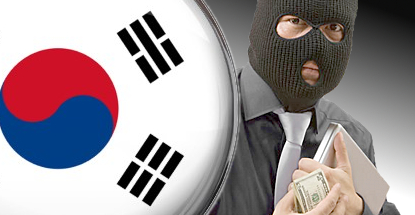 Authorities in China have broken up an international online gambling operation based in Hunan province.

China’s official press agency Xinhua quoted Chinese police saying they’d detained 19 individuals following a two-month investigation. A further eight individuals have been targeted for arrest over their roles in the operation of the Shenbo Sun City website, whose servers were based outside the country.

Police said the operation earned a profit of RMB 1.4b (US $$223m) between May 2013 and Oct 2014. Police have frozen approximately 1,000 bank accounts across China containing around RMB 200m. This marks China’s second major bust of 2015, having taken down a similarly large operation in Shandong province in January.

Over in South Korea, authorities have arrested two ‘cyber security experts’ accused of targeting an online gambling site with distributed denial of service (DDOS) attacks. Intriguingly, the hackers were hired by another illegal online gambling operator intent on eliminating his competition.

The Korea Times quoted the National Police Agency saying a man named Yang, the owner of an online security company, was paid a hefty KRW 1b (US $911k) since May 2014 to target the online gambling operator’s competitor on multiple occasions. Neither site operator was publicly identified by police.

On Sept. 25, Yang reportedly hacked into 12k computers and commanded them to spam the targeted site with messages in order to crash its servers. Yang told police he’d agreed to don the black hat because his legal sources of income were “unstable.” Police are continuing to investigate to determine what other DDOS attacks Yang and his henchman might have launched.