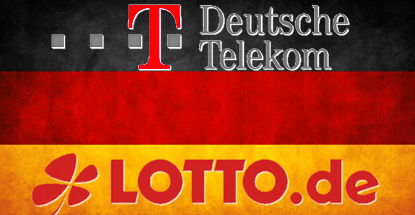 On Monday, telecom giant Deutsche Telekom (DT) announced it had acquired a 64% stake in Deutsche Sportwetten (DSW), which operates Austrian-licensed online sports betting operator Tipp3. While DSW was one of the 20 lucky recipients of Germany’s federal sports betting licenses, those licenses haven’t been formally issued due to ongoing legal challenges. In the meantime, DT says it will begin targeting German punters using Tipp3’s Austrian license by the end of the current quarter.

Not so fast, say Deutsche Lotto and Totoblock (DLTB), an association of Germany’s lottery and pool betting operators, who say DT is attempting a “vile trick” to circumvent German regulations. The aggrieved operators say DT’s plan is “on par with providers of tax havens” in terms of illegality and DT’s Austrian license justification is “absurd and cannot be accepted.”

What really gets under DLTB’s skin is the fact that the German government owns a 14.3% stake in DT while the state development bank holds a 17.4% stake. DLTB believes this should be sufficient leverage for the government to compel DT to back off its plan and wait in the queue with everybody else.

DLTB says DT is far from the only company that “longs” for a resolution of the lengthy and convoluted German licensing process. But if DLTB has to “adhere to law and order,” it believes DT ought to be subject to the same restrictions.

DLTB also said it has written to the country’s Bundesliga football league to protest the “massive expansion of sponsorship activities of private gambling providers.” DLTB says the Bundesliga is providing “a platform for clearly illegal offers” from internationally licensed operators, including live betting and casino games, neither of which are permitted under the German federal state treaty on gambling.