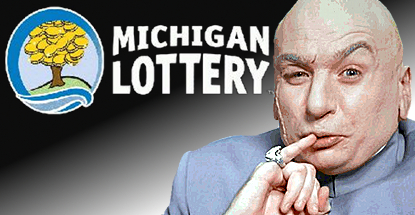 Michigan Lottery spokesman Jeff Holyfield told Mlive.com that over 100k customers have registered for online lottery play since the mid-November launch and the number “grows every day.” The Lottery projects online sales will top $480m over the site’s first eight years of operation.

Online scratch tickets have been somewhat controversial over their resemblance to online slots play. The Minnesota Lottery was the first to debut online scratchers one year ago but irate state legislators are moving swiftly to strip the Lottery of its ability to sell anything online. But even if Minnesota goes down, states like Georgia are fully embracing expanded online options and other states like Kentucky are looking to join the party.

The growing number of state lotteries staking out their online turf is yet another reason why federal lawmakers are going to have such a tough time passing Sheldon Adelson’s Restoration of America’s Wire Act (RAWA). The North American Association of State & Provincial Lottieries (NASPL) voiced its objections to RAWA’s earlier incarnations and those objections will only get louder as more lotteries come online and more revenue gets funneled into state coffers.

Meanwhile, two state legislators have introduced a pair of bills to privatize the Michigan Lottery. SB 75 and HB 4077 would require Lottery commissioner M. Scott Bowen to seek bids from private companies to manage the Lottery, although the legislation wouldn’t require Bowen to accept any of these bids.

Rep. Earl Poleski said his bill was intended to find out if the Lottery could earn more “if it had some management that was a little bit more innovative or did a better job of marketing.” Sen. Wayne Schmidt believes the Lottery “would be one of those things that should be more in the private sector.”