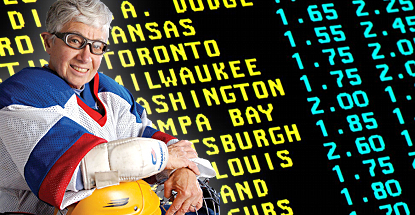 Legal sports betting in Minnesota is the aim of a new bill coming from state Rep. Phyllis Kahn (pictured). Kahn is preparing to reintroduce the sports betting legislation she originally introduced in 2013, which would have allowed the Minnesota Lottery to take sports wagers on its own or in conjunction with approved licensees.

Kahn told KAAL-TV she expects a somewhat smoother ride than in 2013 in part because of the state’s support for pull-tab operations to help fund the new Vikings’ stadium. Kahn suggested is was “hypocritical of us to allow certain forms of gaming but not others.”

Kahn’s 2013 bill died shortly after New Jersey’s original court challenge of the federal PASPA sports betting ban went down to defeat. Kahn hopes that if her 2015 bill is passed, the state would then mount its own challenge of the “manifestly unfair” PASPA prohibition in a different federal court, assuming New Jersey’s latest kick at that can also fails. (Speaking of, new legal briefs are due to be filed with the US Third Circuit Court of Appeals this Friday.)

Kahn’s plan has already met with opposition from the Minnesota Freedom Foundation, whose spokesperson Annette Meeks called Kahn’s bill “nothing more than a tax on the poor” and would lead to “the expansion of government and not the private sector.” Meeks also suggested the state had better things to do with its money than mount a legal challenge of a federal law with only a faint hope of success.

Meanwhile, former National Basketball Association commissioner David Stern has reiterated his support of his replacement Adam Silver’s call for legal sports betting. During a lecture at New York University on Monday, Stern said he agreed with Silver that “it’s time” for an end to Nevada’s monopoly on single-game sports betting.

While Silver has gotten a lot of media attention with his public call for a federal framework for legal sports betting, Stern made his own waves back in 2009 by telling Sports Illustrated that sports betting represented a “huge opportunity” for the NBA. As quoted by ESPN’s Ohm Youngmisuk, Stern said it was “clear where we were headed. The course was set. But it was left for Adam to make a direct statement of where it was going and I think he did the right thing.”