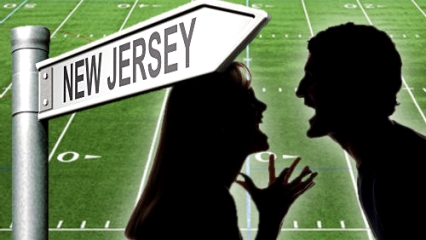 Before we get to the New Jersey courthouse, we note that Minnesota has become the latest state to propose legal sports betting. On Wednesday, State Rep. Phyllis Kahn introduced HF 522 (read it here), which would authorize the State Lottery to take sports wagers either on its own or in partnership with approved licensees, with licensees paying 8% tax on gross revenues. As with California’s latest sports bet bill, no internet wagers would be permitted and Minnesota would bar betting on collegiate events that take place in the state or involve one of the state’s college teams. House Commerce committee chairman Joe Atkins told TwinCities.com he was “intrigued” by the bill but much would depend on how New Jersey fares in its legal fight with the feds.

INTO THE ARENA
The opposing parties in the legal fight over New Jersey’s quest for legal sports betting squared off in US District Court in Trenton on Thursday. Representing New Jersey were the state’s high-powered legal guns-for-hire, a lawyer representing two state politicians, and another repping the state’s horseracing lobby. Opposing them were the US Department of Justice, four major professional sports leagues and the NCAA. Judge Michael Shipp presided over the proceedings.

Thanks to furious thumb action by iMEGA chief Joe Brennan Jr. (@joebrennanj), Ifrah Law associate Griffin Finan (@G_Finan) and Duane Morris LLP attorney Christopher Soriano (@CLSoriano), we had a digital front row seat. Or at least, the same kind of front row seat as the people who listened to the Hindenburg explode over their radios. (In both cases, the cry of “Oh, the humanity!” was clearly audible.)

OPENING SHOTS
The ‘nay’ side – those opposing New Jersey’s plans, not the horsemen – were up first. US Attorney Paul Fishman defended the federal sports betting prohibition (PASPA) blocking New Jersey’s plans, saying the onus was on New Jersey to prove its unconstitutionality. Fishman claimed the fact that four states received PASPA carveouts was okay because the Commerce Clause granted Congress the right to discriminate among states to achieve a greater good for the nation as a whole. Asked by Shipp to cite another federal statute with a grandfathering scheme similar to PASPA’s, Fishman came up blank, but claimed case law supported it. And despite the cited motivation behind PASPA – stopping the spread of evil sports betting – Fishman said Congress believed it would be wrong to take this evil away from Nevada.

Fishman dismissed New Jersey’s assertion that PASPA commandeers state legislative powers to achieve a federal objective, saying there are only three cases that address anti-commandeering arguments and all of those involve the state being required to take some affirmative action, whereas PASPA only required the states to maintain the status quo. As for the famous 1991 letter to Congress from the assistant US attorney general about PASPA’s “federalism issues,” Fishman dismissed it, saying those concerns were raised before anti-commandeering was on anyone’s radar.

The sports leagues were up next. Attorney Jeffrey Mishkin‘s pitch was essentially a repetition of the DOJ’s argument, but he also brought up the 2010 Markell decision by the Third Circuit Court that beat back Delaware’s bid to expand its parlay betting offering into full-fledged single-game betting. Mishkin claimed this established precedent that state sovereignty was not affected by PASPA, but Shipp pointed out that the question of commandeering was never addressed in Delaware’s suit.

THE CASE FOR THE DEFENSE
Star attorney Ted Olson rose to New Jersey’s defense with an attack on the “absurd” notion that a federal law prohibiting sports betting required no action by the states. Olson said a law that seeks to achieve something yet requires nobody to take any action whatsoever was the product of a “government of your dreams.” Olson cited a Senate report on PASPA saying there would be no cost to the federal government, which implies the states would bear the burden. Asked by Shipp to detail the burden PASPA has imposed on New Jersey, Olson said the state was required to maintain regulatory and enforcement measures to uphold PASPA’s edicts.

Olson rejected the DOJ’s claim that anti-commandeering was a relatively new issue, saying it was old as the republic. PASPA took away New Jersey’s discretion to modify its own laws, the very definition of commandeering. Olson said New Jersey’s governor and attorney general were being prevented from enforcing sports betting legislation passed by the state and which voters themselves approved in a statewide referendum.

The lawyers representing State Senate President Stephen Sweeney and Assembly Speaker Sheila Oliver and the state’s horseracing associations largely echoed Olson’s arguments, but the horsemen’s Ron Riccio brought up the National Football Leagues’ considerable interest in preserving its lucrative fantasy football revenue stream, which could take a hit if legal sports bets were more widely available. The horsemen also claimed that their business model was unlikely to survive without the extra revenue sports betting would provide.

REBUTTAL AND TIMELINES
The DOJ responded to New Jersey’s arguments by claiming that just because a law has unintended consequences, that doesn’t undermine the (supposedly) rational basis behind that law’s introduction. The DOJ also clarified that Congress never intended PASPA to stop the spread of betting, just state-sanctioned betting. (Which prompted a “WOW” from Joe Brennan Jr.) The DOJ dismissed the horsemen’s pleas for financial relief by saying Congress had considered the jobs and revenue argument in 1992 and rejected it. Bottom line: PASPA may be imperfect, but that doesn’t make it unconstitutional.

Before Judge Shipp closed the proceedings, he asked the litigants if PASPA had put in place any regulatory scheme, to which Fishman replied in the negative. Shipp’s interest was apparently to do with preemption issues that might be inherent in such a scheme. Shipp said his decision would be made neither swiftly nor easily, but hoped to deliver his ruling within two weeks. However, regardless of which side his decision favors, Shipp noted the likelihood of the losing party appealing, possibly all the way to the Supreme Court. Given the backlog of cases Roberts, Scalia et al are facing, some observers don’t expect this legal fight to be concluded until as late as 2015.