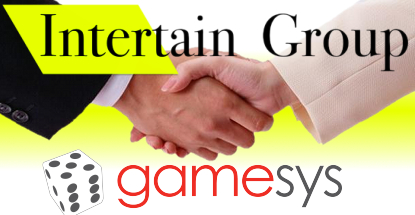 Canada’s Intertain Group has pulled the trigger on its latest acquisition, snapping up the Jackpotjoy and Botemania online bingo brands and the Starspins casino brand from UK gaming operator Gamesys.

Intertain will pay Gamesys £425.8m upfront – including 7.4m Intertain shares worth about £57m – with top-ups of a maximum £15m provided Jackpotjoy meets certain earnings benchmarks. Intertain says the Jackpotjoy business recorded earnings of £67m from revenue of £130.9m in the 12 months ending September 2014.

In addition to securing the rights to the brands and player data, Intertain inked a 10-year deal that will see Gamesys continue to supply platform services and gaming content to the Jackpotjoy operation. Gamesys founder Noel Hayden will also join Intertain’s board as a non-executive director.

Hayden described the deal as “a perfect match,” claiming that the two companies were in ideological lockstep “from our earliest discussions.” Intertain CEO John Kennedy Fitzgerald said the acquisition was in keeping with his company’s stated focus on “the female demographic, in regulated markets.” Fitzgerald claims the deal has made Intertain the planet’s largest purveyor of “online, bingo-led gaming.”

Intertain has followed Amaya’s acquisitive path to success and Fitzgerald told eGaming Review that Amaya’s blockbuster $4.9b deal to buy the Rational Group and its PokerStars cash machine had “woken up” the investment community to the potential of online gaming deals. Intertain shares rose nearly 4% on the Toronto exchange on the day’s news.