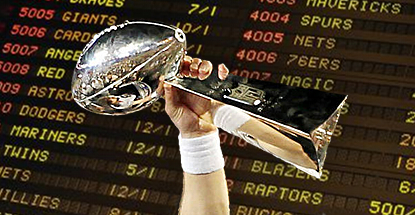 Most books reported losing money on the game itself while making their bones off prop wagers. The results would have been much different had Seattle not opted for that ill-advised pass from the one-yard line. MGM Resorts International VP of Race & Sports Jay Rood told Bloomberg that Malcolm Butler’s interception caused a “significant seven-figure swing” for the casino’s sportsbook.

William Hill US director of trading Nick Bogdonovich echoed these sentiments, saying the firm “got killed on the game itself” but eked out “the smallest of profits” via futures and props. Wynn Resorts Race and Sports Book director Johnny Avello told KTNV his book lost money on the game but “counting the props and everything, it wasn’t a disaster.”

Jay Kornegay, exec director of the Westgate Las Vegas Sportsbook said the offside call against Seahawks defensive end Michael Bennett that brought the ball from the goal to the five-yard line following Butler’s interception was “probably the best encroachment in the history of football.” Bets on a safety were among the most popular prop wagers taken on this year’s game.

MGM senior biz-dev VP Thomas Mikulich said GTECH was selected due to its “end-to-end experience, expertise and technological innovation.” The technology will allow MGM sports bettors to wager “seamlessly across multiple gaming channels” while OnPremise will allow guests at 10 MGM properties to enjoy mobile slots and table games “whether they’re at a sportsbook, slot floor, restaurant or poolside.”