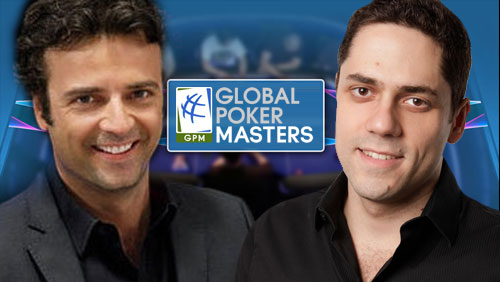 Betclic Everest Group has refused to allow their sponsored pros, Benjamin Pollak and Fabrice Soulier, to play in the upcoming Global Poker Masters due to clashes over the use of their logo.

Fabrice Soulier and Benjamin Pollak will not compete at the 2015 Global Poker Masters (GPM).

The first-rate Frenchmen have been told by their sponsor, Betclic Everest Group, that they cannot be involved in the tournament, due to be held March 21/22 as part of the European Poker Tour (EPT) in Malta, due to restrictions placed on the wearing of sponsorship logos.

The news reached the ears of the poker community after Dreyfus spoke about the conflict in a blog post posted on the French poker website ClubPoker.net. In that blog post a clearly frustrated Dreyfus indicates that perhaps Betclic Everest should be given an award for ‘absurdity’ at the next France Poker Awards.

“Once we announced the players that would represent #TeamFrance it appeared that some players may have contract issues. I have spoke to the poker management team of EverestPoker.fr to ask if they were keen for their players to represent France in this event and they declined.” Dreyfus told CalvinAyre.

The difference of opinion has come about because Dreyfus is keen to keep the stream free of gaming sponsorships in a bid to lure non-gaming sponsors into the business. It’s all part of the master plan to ‘Sportify’ poker – a plan that Betclic Everest doesn’t seem to be on board with.

The entrepreneur said he was ‘shocked’ at the attitude of Everest, and all further communication with the online gambling outfit had failed to produce a different outcome.

“I am frustrated and sad that a French company won’t allow two of their players to represent #TeamFrance, at the poker’s World Cup, especially when the organizer is French!” Said Dreyfus.

Soulier and Pollak qualified after ending the year in the top four positions of the French Global Poker Index (GPI) rankings. They were due to join Sylvain Loosli and Erwann Pecheux at the event in Malta. Loosli represents Winamax, and Pecheux represents PMU – neither online poker room has a problem allowing their players to take part in the GPM.

“The tournament has actually gained more traction since this incident,” said Dreyfus. “I especially love the reaction of Unibet France, who said: ‘We can send you Quentin Lecomte to represent France, without stickers, without shirts and without pants.’ Or another player on the ClubPoker.net forum who said the only logo that matters is the French flag.”

Is Lecomte going to replace Soulier or Pollak?

Dreyfus says that an answer on that issue will be given to the press in the next few days. As always, there is a silver lining. The omissions of Soulier and Pollak almost certainly means that Bertrand ‘ElkY’ Grospellier will now get his opportunity to represent his company.

Everest Poker ambassador, Sam Trickett, is still in the team to face #TeamUK, making you believe that the decision to stop Soulier and Pollak from attending must have been one made by the local management team and not the Group as a whole.