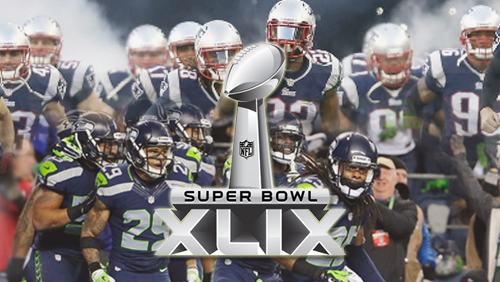 So here we are. This time tomorrow, we’ll have a Super Bowl champion. At this point, it’s probably safe to ask if you’ve already made your Super Bowl bets. I’ve locked down mine and I even threw in a few more props for good measure. So as we count down the final hours leading up to Super Bowl XLIX, let’s take a look at some of the bets and props that I bet on. The objective here, as always, is to impart my betting wisdom – or lack thereof – on everyone with the hope that it can give you some insight on my thought process heading into the game.

I initially planned to put this article up yesterday, and then I figured that with the spread being as low as it is, late betting action could drive that number haywire. Turns out, I was right. Depending on your sportsbook, the spread for the game has become a hot mess. Some books still have the New England Patriots as -1 favorites, the spread that has been in place for the better part of the past two weeks. But other books now have the game as a pick ‘em, and even more interesting, others have taken to flipping the roles and putting the Seattle Seahawks as -1 favorites.

Unless the game somehow ends up as a one-point affair, I doubt that we’ll get a significant bump in juice for any of these spreads. There’s going to be a some given the switching lines, but the overlying action here remains on who you think is going to win, regardless of the spread. If you think the Pats win, take the money line on books where they’re the underdogs. If you think the Seahawks win, do the same.

As for me, I started this season on record that the Pats would be in the Super Bowl. I initially had them losing to the New Orleans Saints, but we all know how that turned out. Think go me as being stubborn, but I just can’t see the Patriots losing three of their last Super Bowl games.

I’m scared silly of the Seattle Seahawks defense, but I like the Pats to uncork some of their patented in-game trickery to get the job done here.

Over the last ten SuperBowls, the game stayed under the number six times compared to four for the over. What exactly does this mean? Not much, really. To be fair, the last two Super Bowls went over, so maybe, under is the safer bet here. In my mind, these trends don’t really matter because each SuperBowl comes with a different context. There’s such a big turnaround on the teams involved that using this trend as a basis won’t really give you a proper insight on how the latest game is going to be played.

So as far as this game goes, I’m taking the under because I don’t think both teams will be lighting up the scoreboard throughout the game. I can even see a scenario where both teams are somewhere in the 13-10 range heading into the fourth quarter before some late-game fireworks brings the number up closer to the 47.5 total a lot of sportsbooks have today.

See my predicted score up there? That’s how I see this game ends so give me a piece of the under.

There you have it, folks. New England wins Super Bowl XLIX with the total staying clear of the under in the final stages of the game.