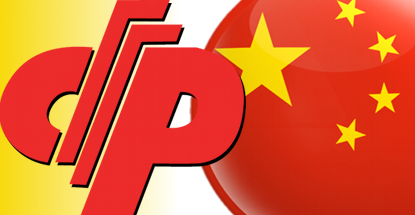 China’s booming lottery business is facing a raft of bad ink after a reported technical glitch resulted in a delay for Sunday night’s welfare lottery draw. Lottery players dutifully tuned in to the nationally televised broadcast of the drawing, only to be told at the last minute that the drawing had been cancelled.

Shortly thereafter, the China Welfare Lottery Issuing and Management Center announced that a technical hiccup in Chongqing had prevented lottery sales data from being transmitted to Beijing, as required by law. Two hours after the scheduled live drawing, the Center announced that a migrant worker from Guangzhou city in Guangdong province had won the RMB 60m (US $9.6m) jackpot.

However, other players immediately challenged this news, questioning both the cause of the delay and the swiftness with which lottery administrators were able to identify the winner and his occupation. The Beijing News quoted a man identified only as Zhang saying he’d reported the incident to the Central Commission for Discipline Inspection (CCDI), the Communist Party’s top anti-graft unit.

Without offering proof, Zhang voiced suspicions that the postponement was orchestrated so that lottery officials could ensure their chosen recipient emerged the winner. Zhang rubbished the lottery’s official line as “illogical and inconsistent.” The CCDI acknowledged receiving Zhang’s complaint but has yet to determine what course, if any, to take.

Suspicion of chicanery is no doubt fueled by Beijing’s crackdown on corruption among lottery officials. In November, Beijing announced a surprise audit of provincial lottery administration centers to determine if lottery profits were being misspent. Beijing has also promised to ramp up inspections of various state-owned industries, prompting more cynicism among the public regarding the distance between the public line and the private reality.

It doesn’t help that Chinese lottery winners, unlike their western counterparts, aren’t required to publicly identify themselves. Lottery officials routinely issue pictures of themselves handing over giant novelty checks to jackpot winners, who often appear with their faces obscured, sometimes comically so.

Earlier this month, a man from Wuhan city collected his $44m check wearing a horse mask. Other winners have dressed as bears, Mickey Mouse, Spiderman and figures from Chinese legends. The winner from Wuhan wore plastic bags over his shoes in case they could be identified in photographs and another winner used a device to disguise his voice during a press conference.