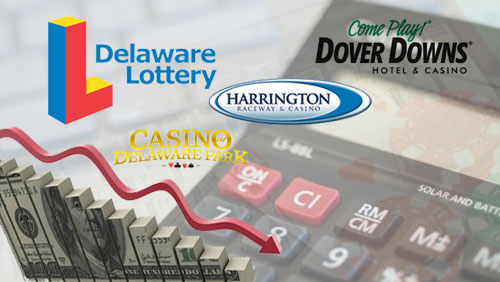 The Delaware State Lottery has released its revenue figures for Dec 2014, and once again it’s bad news in the online poker popularity stakes.

As Santa searched through 935,000 Delawarean Christmas letters, there was the usual hodge-podge of requests: new bikes, iPods, PlayStations and Barbie’s but there were also a few requesting intrastate online poker liquidity.

Those went in the bin.

If there was ever a time for the implementation of the Multi-State Internet Gaming Agreement (MSIGA) it is now. If the lawmakers don’t take off the parking brake soon, there will be nobody left in Delaware who wants to play the game – shared liquidity or not.

The state’s online poker revenue, for the month of Dec 2014, came in at $28,589. That was 9.6% lower than the month previous, and a huge 77% reduction year-on-year – proving that once upon a time in a town called Delaware there were a few people who liked to play online poker.

It’s not just online poker that seems as attractive to Delawareans as a Kryptonite condom is in the hands of Lois Lane. Total online gambling revenue was $169,606, and that’s the seventh lowest return since the state started recording numbers in Dec 2013.

Delaware Park continues to be the beating heart of the state with $120,294 of that coming from their part of the world; Dover Downs recorded their lowest ever return of $26,920, with Harrington pulling up the rear with $22,920.

The main problem for the state seems to be marketing with only 256 new sign-ups in the month. That’s the lowest return in Delaware’s short online gambling history, and it was the same across all three racinos.