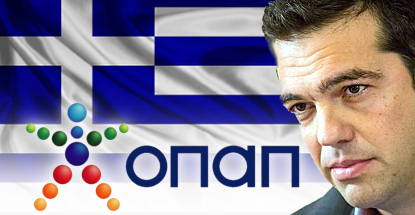 Greek casinos reported another downer year in 2014 as a struggling economy and illegal gambling options combined to do a number on gaming revenue. The country’s nine licensed casinos reported gambling revenue of €270m, 10% less than 2013’s figure and just over one-third the €776.7m generated in 2007. The numbers have been on a steady decline ever since, making Greece the closest thing Europe has to Atlantic City, where revenue peaked in 2006.

All nine casinos have suffered revenue declines since 2007, with the casino on Corfu holding up the best with a 28.9% decline. At the other end of the scale, the casino in Halkidiki in the north of Greece saw revenue tumble by 92.5% over the past seven years.

Greek media outlet Ekathimerini reported that two casinos – the two smallest – saw revenue gains over the first 11 months of 2014. The casino in Thrace saw revenue rise 53.3% to €5.5m while the aforementioned Halkidiki casino was up 49.3% to €5.5m. The other seven reported declines ranging from 1.5% to 48.6%. Overall betting turnover fell 5.5% to €1.4b during this span.

Casinos issued 2.3m admission tickets in 2014, 100k fewer than in 2013. By law, casinos are required to collect €12 from every punter who comes through the turnstiles. The casinos are lobbying to have this fee abolished in the hopes of attracting more customers and to help them deal with new competition in the form of thousands of new video lottery terminals (VLT) that are being rolled out in OPAP betting shops this spring.

OPAP PRIVATIZATION “NOT A DONE EVENT”
Speaking of OPAP, the country’s main opposition party – which is expected to win upcoming elections – has warned that the government’s sale of its one-third stake in the country’s betting monopoly “is not a done event.” Alexis Tsipras (pictured), who heads the left-wing SYRIZA coalition, called the privatization of OPAP a “national crime” due to the “scandalous terms this was done with.”

In 2013, the Greek government sold its stake to the Emma Delta consortium for €652m. The cash-strapped country has been forced to privatize many state assets as a condition of the €240b bailout Greece accepted in 2010 from the European Union and the International Monetary Fund.

Greek voters head to the polls on Sunday to elect a new parliament. SYRIZA currently holds 71 of the total 300 seats in parliament and enjoys a six-point lead in opinion polls due to its populist anti-austerity rhetoric. The incumbent prime minister Antonis Samaras, has warned of fiscal implosion if SYRIZA beats his center-right New Democracy party.