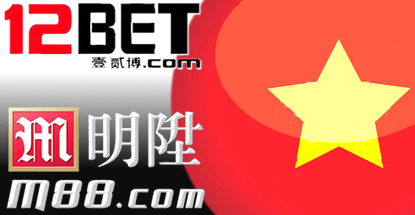 Online gambling was a hot topic in Vietnam this week as Ho Chi Minh City police shut down an illegal gambling ring linked to online betting operator 12Bet. On Friday, police detained 10 people, including To Cong Hung, the owner of the Vietnamese version of gay lifestyle magazine Attitude.

Police say the ring operated a website that connected local gamblers with the Philippine-based 12Bet. Hung reportedly ran the website, while his sister and other agents controlled bank accounts through which money was collected from and distributed to gamblers. Police had monitored the site for months, during which time the operators handled over VND 1t (US $46.8m) in wagers.

Friday also saw police commence legal proceedings against 36 individuals arrested in July as part of the 2014 FIFA World Cup betting crackdown. This ring was linked to another Philippines-based site, M88.com, considered one of the predominant sites catering to Vietnamese punters. Before police swooped in, the site handled over VND 1.4t in wagers.

Also on Friday, police in Ba Ria Vung Tau province deported six South Korean nationals for operating an illegal betting site out of a rented villa in Vung Tau City. The operation catered not to locals but to gamblers in South Korea, who set up around 4k accounts with the site and wagered over KRW 20b ($18.6m) before police moved in on Wednesday.

Thanh Nien News reported that local police detected signs of illegality in the villa then took their findings to South Korean police, who confirmed the interaction with local gamblers. The arrested individuals claimed they had been dispatched to Vietnam by another Korean named Choi Hojun. Vietnam deported 33 other South Koreans for much the same activity last July.