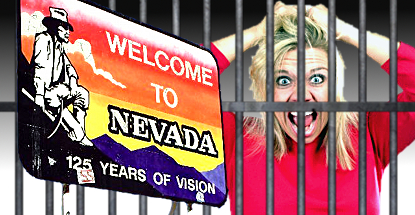 Nevada has proposed amending its gambling legislation to make it illegal for anyone to profit from affiliate activity with online gambling sites not holding a Nevada license. Senate Bill 40 was pre-filed in December and referred to the judiciary committee in the hopes of passing in the 2015 session of the state legislature, which gets underway Feb. 2.

The one-page bill would amend Chapter 465 of the Nevada Revised Statutes, which includes language dealing with the transaction of wagers through ‘mediums of communication.’ It’s already illegal to accept or receive wagers without a Nevada gaming license, but SB 40 would extend that illegality to anyone who financially benefits from aiding someone offering illegal wagers.

Specifically, SB 40 makes in unlawful “to receive, directly or indirectly, any compensation or reward, or any percentage or share of the money or property played” with any person or entity not licensed for wagering by the state. The prohibition also applies to anyone “accepting or facilitating” wagers placed with unauthorized operators or for “transmitting or delivering anything of value resulting from a bet or wager” with the aforementioned rapscallions.

Assuming SB 40 passes, violators would be guilty of a category B felony, the penalty for which is a federal prison stint of between one and six years and/or a fine of up to $5k. The bill was made public the same day that a new California online poker bill proposed making it a felony for players to patronize any online gambling site not holding a state license. Must be something in the water.

While it seems evident that SB 40 would apply to revenue-sharing affiliates of international online gambling sites or the throngs of messenger bettors out there, concerns have already been raised that its broad language could be interpreted as applying to people who stake other players in poker games (online or otherwise). It would hardly be the first time legislators’ failure to get specific resulted in collateral damage.