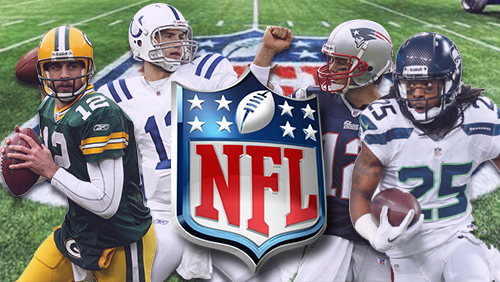 Is it at all possible that we might just be underestimating the Indianapolis Colts and the Green Bay Packers? As soon as the Divisional Round games of the NFL playoffs concluded, a lot of people seemed to have penciled in the New England Patriots and the Seattle Seahawks to meet in Super Bowl XLIX.

Both teams even opened in the -7 range as favorites against the Colts and Packers, both high numbers given how deep we are in the playoffs. But just when it appeared that momentum for a Seahawks-Patriots Super Bowl was getting some steam, bettors are singing a slightly different tune by giving the Colts and Packers a lot of love.

The Colts, in particular, are getting a lot of action, enough at least to push the spread against the Pats down to -6.5. All this is happening despite the fact that Andrew Luck is 0-3 against the Pats in his young career, getting blown out each time on his way to losing by an average of 26 points per game! That’s not a misprint, nor is it an exaggerated version of the truth. It’s just facts stating facts.

But the spread is where it’s at because the public isn’t buying this lopsided trend. Some people even believe that Indy’s peaking at the right time, especially Luck who had two good games against the Cincinnati Bengals and the Denver Broncos to set up this encounter with Tom Brady and Bill Belichick.

Even at -6.5, there’s belief among sharps that the number is still inflated leaning towards New England. So if you’re betting on the Colts, now may be a good time to take the splash before the spread goes down even more.

Over to the NFC Championship game, the game between the Seahawks and the Packers opened at -7.5 for the defending champs. A few days later, the line has bounced up and down marginally, but for the most part, it still sits at that number with a few sportsbooks now offering the Seahawks at -7 with an extra squeeze of juice attached to the favorites.

While there appears to be some value on the Packers, it’s going to be tough to put money on Aaron Rodgers playing on one leg against a ferocious Seahawks defense that has found its mojo in the second half of the season.

If Rodgers was fully healthy for this game, Green Bay becomes a great value pick, not just on the spread, but the money line, too. But that’s a scenario that isn’t happening now, which is Seattle winning by more than seven points is a real possibility.

I personally am siding with the Seahawks here and I’m going to try to get a -7 spread with juice on top before the numbers go haywire leading up to the game. It’s a tough decision to give Rodgers 7 points with a Super Bowl berth on the line, but this is more about what he won’t be able to do against the Seahawks D than it is ignoring his MVP qualities.