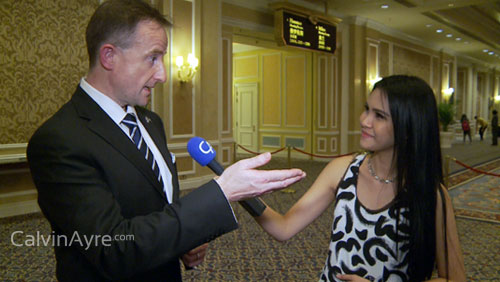 Angelia Ong talks to Dr. Glenn McCartney of the University of Macau as he talks about the growth of middle-class in China.

Gone are the days when companies looked at China as a monolithic land of 1 billion potential customers. Companies are now focusing on how to capture small segments of China’s giant market, and none of these segments is as attractive or as full of potential as the country’s rapidly growing—and multifaceted—middle class.

“I was just saying in my talk over the last decade that there has been a considerable leap in wealth and not just in first-tier cities like Beijing and Shanghai but i was also isolating second-tier cities, which also have developed high tacked approach by responsible way. So this has been what we call a surge of wealth in China called middle-aged wealth, people in their mid-30 to 40s also have that wealth. When we look at telecommunication, they become very tech savvy; how they use iPhones and the internet; travels a lot, they’ve been to Europe, they’ve been to America; they’ve been around Asia. So when they come to places like Macau, they really know what they want.” said Dr. Glenn MacCartney.

Gaming operators, according to Dr. McCartney, can utilize the  550 million online user in China to reach its target consumers. Companies have to understand the dynamic of social media in China. Although some of the social media are banned in China, there are equivalent apps or platforms that the companies can use for marketing products in China market.

Watch the video and hear more from Dr. Glenn McCartney.