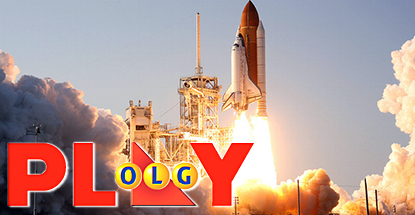 PlayOLG, the online gambling site of the Ontario Lottery and Gaming Corporation (OLG), made its official launch on Thursday. In December, the site began a customer-focused preview involving 3,500 members of its Winner’s Circle Rewards program. Apparently, none of these early adopters spontaneously combusted as a result of their online play, clearing the way for OLG to open up the site to all adult residents of Canada’s most populous province.

OLG spokesman Tony Bitonti said the site underwent “some fine tuning on some of the registration, some of the verification, nothing major” as a result of its customer preview. The site currently offers slots, casino table games and lottery ticket sales while poker, bingo and parlay sports wagering have been promised for a later date.

OLG joins its provincial monopoly counterparts in British Columbia, Quebec, Manitoba and the four Atlantic provinces in offering some form of online gambling. OLG believes half-a-million Ontarians spend around $400m to $500m annually gambling online with international sites and hopes its Spielo G2-powered online site will generate additional profits for the province of $375m over its first five years of operation.

Moving west, the Manitoba Liquor and Lotteries Corporation announced a new CEO last month. John Stinson will assume the role of CEO on Feb. 16, taking over from Winston Hodgins, who is stepping down after 12 years to “lead various business development initiatives in the corporation.” Stinson has vowed to provide customers with “exciting and innovative products.” Manitoba launched its online gambling site one year ago and has so far been spectacularly underwhelmed by its performance.

Moving even further west, the British Columbia Lottery Corporation (BCLC) has informed the provincial government of 22 technical malfunctions over the past four years. Among the items on the list obtained by the Vancouver Sun was a hiccup in the software for BCLC’s customer rewards program, which failed to pay out $471k worth of loyalty points to Encore Rewards members.

BCLC was forced to examine two years worth of internal records in order to figure out who was owed what, but BCLC repaid the lot to the 2,898 affected players, adding a 10% bonus to smooth any ruffled feathers. However, BCLC opted to keep the $52k it failed to pay out from a separate software glitch because the 82k affected players were only owed an average of 62¢ apiece.