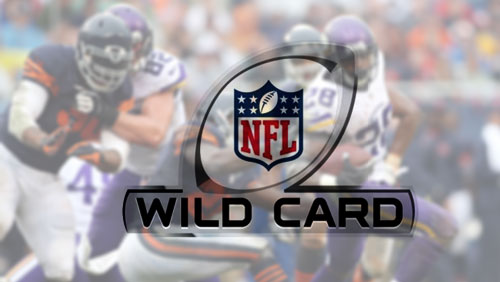 For the sportsbooks, the theme surrounding the four NFL wild card games during the weekend revolved around the fortunes of two teams. Since the public was riding heavy on both the Pittsburgh Steelers and the Dallas Cowboys, it was important that both teams lose against the spread. Once the smoke had cleared from the Cowboys’ come-from-behind victory against the Detroit Lions, the books now had time to let out a sigh of relief.

The Baltimore Ravens’ surprising beatdown of the Steelers got the ball rolling for the books on Saturday. With the Ravens easily covering the 3-point spread, all those who had a lot of money tied to Pittsburgh, be it straight-up bets, teasers, or parlays, came out empty-handed. The Steelers loss also burned a lot of what would’ve been a huge amount of carryover risk on the two Sunday games.

Notice how the Arizona Cardinals and the Carolina Panthers have yet to be mentioned? Well, it seems that it didn’t get as much action as the other three wild card games and the results could’ve gone either way without the public or the books getting a brunt of the payouts.

The two Sunday games, though, were pretty important. Going in, the books knew how heavy the public was on the Dallas Cowboys as the home favorites against the Detroit Lions. A Lions cover would’ve been awesome. And if the Bengals covered as road dogs to the Indianapolis Colts, that would have been much better. But the Colts took care of business and the public rode that train all the way to the bank. Inevitably, it was down to the Cowboys-Lions game. The books had to sweat out the dramatic ending to the game, but in the end, they got what they wanted: an underdog covering the spread.

Moving on to the divisional round, sportsbooks are already bracing for a teaser-fest with all four games having favorites priced at -6 or higher. Don’t be surprised then, if a lot of betting money piles up on any teaser combination involving the New England Patriots, the Seattle Seahawks, the Denver Broncos, and the Green Bay Packers.