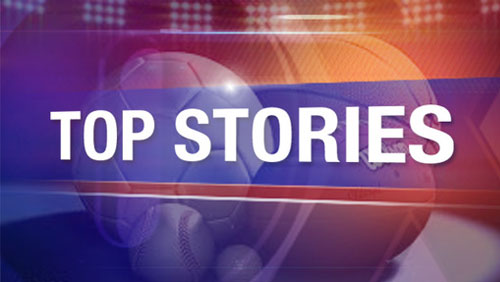 2014 was an eventful year in North American sports. It had a lot of highs, a lot of lows, and a lot of in-betweens. But through it all, these 10 moments will likely define the year in sports in the US. It was a tough decision omitting some moments, but we had to stick with just 10 to keep it tight. Apologies to the Los Angeles Kings in this regard. Two Stanley Cup title in three seasons…and they don’t make it on the list.

The Seattle Seahawks’ emasculation of the Denver Broncos

It was supposed to be a titanic match up pitting the league’s best offense and the league’s best defense. Peyton Manning vs the Legion of Boom. The lead-up towards the Super Bowl certainly didn’t lack in story lines, but the game itself was the equivalent of watching a re-mastered version of Gigli in cinemas. The Seahawks dominated the game from start-to-finish, dismantling the Broncos offense on their way to a shocking 43-8 smackdown of the Broncos. So much for those story lines, huh?

If you want to see basketball played at its absolute apex, go back and watch the 2014 NBA Finals between the San Antonio Spurs and the Miami Heat. It was, in so many words, an complete clinic on how to play team basketball. Nevermind the fact that Miami had LeBron James. That didn’t matter. The Spurs dominated the series from the get-go on their way to winning by the biggest average in NBA Finals history and exorcising the demons from their own collapse in Game 6 of the 2013 NBA Finals.

Football, or soccer, as folks in the US call it, will probably never be as famous as the NFL and the NBA. But the frenzied support Team USA received during the World Cup made me wonder if the sport could actually gain traction at some point in the future. It still seems unlikely, but the World Cup showed that there is absolutely no sporting event that can rally countries together like the World Cup. You want proof? The ridiculous “I Believe That We Will Win” battle cry could have stayed at the top of the Billboard 100 if the charts ranker deemed it eligible.

It was an even year so naturally, the San Francisco Giants, won the World Series. Ok, it wasn’t an easy as that, but the Giants apparently are inclined to win the title only on even-numbered years. So if you’re looking at next year’s World Series odds, a San Fran back-to-back is already fool’s gold. That said, give credit to the Giants for outlasting the Kansas City Royals, a team that ran roughshod over the American League before giving San Fran all it could handle in the World Series.

LeBron James moves back to Cleveland

LeBron James admitted that had Miami won the NBA title last season, he probably would’ve resigned to chase four straight championships. But after getting embarrassed by the Spurs in the Finals, James packed his bags and took his talents back to Cleveland, dramatically changing the landscape of the NBA once again.

Derek Jeter hangs it up

I have to admit: I am not a New York Yankees fan. I hated them growing up and I basked in the atmosphere of every failed Yankee season. That said, I actually cheered when Derek Jeter hit that walk-off single against the Baltimore Orioles in his last game at Yankee Stadium. I know, shameful, right? Don’t worry, I took about three showers after that to cleanse my body. It wasn’t easy, but you have to appreciate the moment and what it meant to Jeter, the Yankees, and the Major Leagues. Pretty cool stuff, even if it meant rooting for the enemy.

You know its bad when two separate incidents of physical abuse threatened to undermine the entire NFL season. It hasn’t come to that, but if you’re thinking that embattled commissioner Roger Goodell and the NFL are in the clear from the fiasco that was Ray Rice’s beatdown of his then-fiancé, now-wife Janay Palmer-Rice and Adrian Peterson’s switch blasting of his son, think again. These cans are going to be opened again at some point in the future.

Donald Sterling gets booted out of NBA; Steve Ballmer takes ownership of Clips

As unprecedented as it was, a lot of people knew that Donald Sterling’s eviction from the NBA was a long time going. Notorious for his boorish behavior towards pretty much everybody, Sterling lost ownership of the Los Angeles Clippers after audio tapes were leaked and showed the pot-bellied bigot’s true colors. His racist comments and the ensuing fallout from said comments almost caused a playoff boycott from the Clippers and the Golden State Warriors. Fortunately, NBA Commissioner Adam Silver took full control of the situation and banned Sterling for life, setting the stage for his ouster that culminated in former Microsoft CEO Steve Ballmer taking ownership of the Clips.

It’s been a long time since we last had a Triple Crown winner, but California Chrome was on the doorstep this year. After dominating the Kentucky Derby and the Preakness Stakes, all Chrome needed to do was win the Belmont Stakes and become the first Triple Crown winner since Affirmed won all three races in 1978. Sadly, Chrome couldn’t get the job done after finishing fourth at the Belmont. Another year, another thoroughbred falling short of winning horse racing’s Holy Grail.

This one came a little bit late in the year, but it’s no less important given the current atmosphere of sports betting in the US. Silver’s stance on sports gambling not only generated a lot of discussion on its legality, but it also showed that some commissioners are smart enough to understand the benefits of a legal sports betting structure and more importantly, are brave enough to come out and publicly support any discussion that could potentially open the gates to legalized sports betting. This year also proved that Adam Silver is the anti-Roger Goodell, a commissioner who his players respect and has generally had a flawless year behind the most powerful desk in the NBA. Take notes, Goodell. Take notes.