Home / Business / Betfair catches up in Italian market in 2015; bet365 partners with Basho 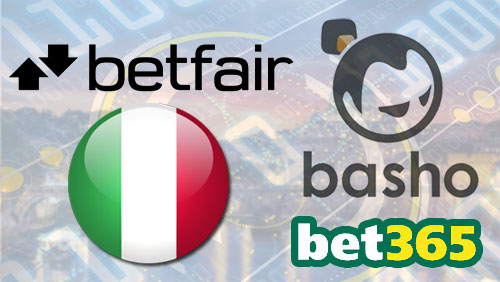 Betfair CEO Breon Corcoran admits that the company “arrived late to a very crowded market” when it launched in the Italian market in April.

Amid the 51% rise in profit to a record £73.9m for the six months ended October 2014, the company is concerned with its Italian operations.

With Italian regulator AAMS only authorizing exchange betting in April and being limited by various betting and depositing restrictions, Betfair had managed to seize 1% of the sports betting since the launch, behind William Hill (9%) and Paddy Power (8%).

Betfair has remained thrifty when it comes to marketing expenditure but Corcoran says that the firm is ready to catch-up with the competition next year. “We have to push hard to compete [in Italy],” Corcoran said during an analyst presentation last week.

Competition in the country is set to increase further as Bet365’s entry to the market is set to be followed by a ramping up of operations at the Gazzetta dello Sport-branded sportsbook RCS Media launched in partnership with Playtech, while PokerStars and Full Tilt-branded sportsbooks are also due to launch next year.

bet365 chose to partner with Basho due to the company’s reliability and stability, following a review of its data storage capabilities.

“Our decision to implement RIAK was purely strategic. After a stringent evaluation process we decided that Basho’s flexible, scalable database was best-suited to our needs,” said bet365’s Chief Technology Officer Martin Davies.

“Given the huge amount of data we process on a daily basis – from customer details to betting odds – it was imperative that we had a platform to support this. We selected RIAK and have not been disappointed with the results,” Davies added.