A horrible Week 13 has me back a few games below .500. Not the ideal position to be in, but I still have a few more weeks to get back on track and hopefully, close out strong. So let’s start with Week 14,  fellas. Close out strong, baby! 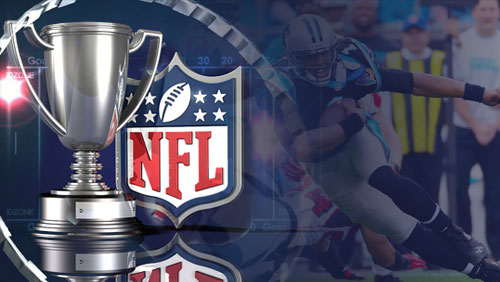 The line for this game predictably shot up to -11 on some sportsbooks after opening at -10. But since then, the number has dropped to as low as -9.5 for the Denver Broncos, which shows that there are those who believe that the frisky Buffalo Bills can make a game out of this against the Broncos. I know I was leaning towards the Bills if it moved up to 11, but since they’re favorites by just 9.5 points now, I’m changing my pick and taking the Broncos.

Logic dictates that the New England Patriots don’t lose two games in a row. While I subscribe to that thought to a certain extent, the Chargers are in the kind of position where all its games are tantamount to playoff games. The Bolts currently hold the first AFC Wild Card spot but they don’t want to lose ground with a murderer’s row of games ahead. They don’t want to lose this game and get lumped back with the rest of the teams catching up in the AFC Wild Card race. I like the Chargers in this spot to not only cover, but win this game outright.

I’m still not convinced that this line, which currently sits at -1.5 for the Eagles, will stay the same once we approach Sunday. I think late money on Seattle will push it to the other side so if you want to cover your bases, you might want to wait until Philly becomes the short home dog. But if the line stays, don’t worry about the number Philly’s laying. Go take the Eagles to win a close game against the defending champs. This one could go down to the last possession so take the Eagles and hang on to your seats.

The public seems to have jumped off the Cardinals bandwagon. The line opened with Arizona as -1.5 favorites, but that number has dropped to pick ’em as the status of Larry Fitzgerald and Andre Ellington are still up in the air. Both guys did practice this week so there’s increased hope that they can suit for the game. If the public is jumping on the Chiefs and using the same rationale as the Chargers beating the Patriots, I do caution them to consider that the Bolts are playing at home and the Chiefs are going to Arizona to play a team that’s desperately holding on to the NFC West lead. Give me Arizona as a pick ’em and hope that Ellington and Fitz play in the game.

The Miami Dolphins didn’t look particularly impressive in their game against the New York Jets so that’s probably a big reason why the public has bet down the spread of this game to -2.5 after opening at -3 for the home team. If you asked people, the Ravens as short underdogs may be a good pick. But I think this game has the makings of that Dolphins-Chargers game a few weeks ago. The public was learning heavily on the road dogs on that game before Miami eviscerated them 38-0. I’m not saying that’s going to be the same score, but this game could be one of those games where the Dolphins play a perfect game and cruise to an easy win.

The Cincinnati Bengals currently lead the tight AFC North and this game against division rival Pittsburgh will say a lot about how that division shakes out. Cincy entered the week as -3.5 favorites, which was the number I initially had in my head. But since then, that’s dropped to -3 and it looks like heavy action on the Steelers could push that down to -2.5 before game time. I don’t think it’s going to matter because I have Pittsburgh bouncing back from getting shellacked by the New Orleans Saints to win and cover this game. There’s plenty of drama left in the AFC North. It’s only right that it goes down the wire.

Speaking of the AFC North, the plucky Cleveland Browns are still in the hunt to win the division. Unfortunately, they’re running into the worst possible team at the worst possible time. The Indianapolis Colts are poised to win the AFC South with a win against the Browns and a Houston Texans loss against the Jacksonville Jaguars. The Texans are heavily favored to take down Jacksonville so Indy’s not going to take any chances allowing Houston to close the gap on them. I say the Colts take care of business easily, rendering the current -3.5 spread irrelevant.

As expected, everybody’s betting on Green Bay to throttle the Atlanta Falcons at Lambeau Field. The game actually opened with the Packers as -11 favorites, but now that number has risen to -13 as the bandwagon is nearing full capacity. I won’t be surprised if that goes up to two touchdowns by kickoff, at which point, I might be inclined to take Atlanta to keep it within the spread. 14 points is a lot to give up, especially to a team that’s desperate to stay in the NFC South race.