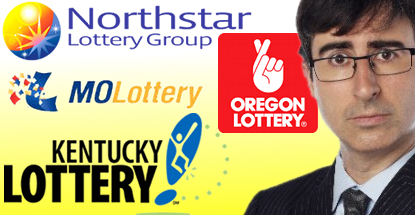 Kentucky wants to be the next state to take its lottery into the online realm. Currently, only four US state lotteries – Georgia, Illinois, Michigan and Minnesota – offer some form of online sales but the Kentucky Lottery Corp. expects to join the party by Q3 2015.

Kentucky has begun negotiating with lottery tech provider GTECH over the development of a services and games portfolio Kentucky is calling iLottery. GTECH will reportedly earn $7m over the initial four-year contract. Lottery officials estimate going online will mean an extra $8.5m per year in annual sales. For the first four months of the fiscal year that began July 1, the Kentucky Lottery reported ticket sales of $287m, up $13.5m over the same period last year.

No decisions have been made on specifically what types of products will be on offer. The Courier-Journal quoted lottery president/CEO Arch Gleason saying the negotiations would determine what products were made available but Powerball and Mega Millions ticket sales would likely lead the charge.

Northstar’s shortfall came despite Christie agreeing to reduce Northstar’s first-year target due to what the state claimed was the lingering impact of Hurricane Sandy, which struck 11 months before Northstar took over. A Christie spokesperson told Bloomberg the governor wouldn’t rush to judgment on the merits of the 15-year deal based on one year’s performance. Sales from July 1 to Oct. 31 are down 9.2% year-on-year, while Northstar’s contract calls for annual growth of 7.4%.

This isn’t the first time Northstar has stumbled. A similar privatization deal in Illinois repeatedly missed its revenue projections, resulting in the state fining Northstar over $60m to make up the difference. In August, as Northstar warned of yet another shortfall, Illinois cancelled the deal just three years after inking a 10-year contract.

MISSOURI TAPS FORTUNE COOKIE MARKETING
The Missouri Lottery is using fortune cookies to pimp its wares. The lottery says it has teamed with Fortune Cookie Advertising (FCA) and over 70 Chinese restaurants across the state to distribute the cookies, which will contain ‘lucky numbers’ in lieu of pithy observations on life. Similar promotions have already been utilized in New York. FCA CEO Yan Revzin said studies showed 99% of fortune cookies are opened and read and 83% of Chinese restaurant customers said fortune cookies were “effective conversation starters.”

OREGON RESPONDS TO JOHN OLIVER SLAM
Finally, the Oregonian has obtained internal emails revealing how Oregon Lottery officials reacted to the recent slam by comedian John Oliver (pictured) of the lottery’s alleged reliance on problem gamblers to feed money into its video poker machines. In a morning-after email to a spokesperson for Gov. John Kitzhaber, Oregon Lottery director Jack Roberts couldn’t hold back the snark. “Thank God [Oliver] can’t find sponsors to put his show on network TV and instead is hidden on HBO.”

In a reply to a lottery retailer services manager, the same spokesperson suggested “sometimes it’s best to ignore, as best we can, a national comedy show … providing [Oliver] with our comments is kind of like writing his next show for him.”