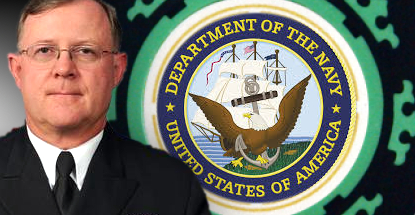 A US Navy report says Rear Admiral Timothy Giardina (pictured) had a larger role in his counterfeit casino chip escapade than he previously admitted. Giardina, who had been second in command of the US nuclear arsenal, caused no end of embarrassment for the Navy a year ago after being caught using three bogus $500 poker chips at the Horseshoe Casino in Council Bluffs, Iowa.

A Naval Criminal Investigative Service (NCIS) report obtained by the Associated Press says the chips were made by painting a $1 chip purple then applying some adhesive stickers featuring front-and-back scans of an actual Horseshoe $500 chip. As late as this April, Giardina maintained that he’d found the chips in a casino bathroom but the report says the NCIS had by then detected Giardina’s DNA on the underside of the adhesive. Whoops.

The chips were first spotted on June 16, 2013 after a different Shoe patron tried to cash it. The other two were quickly tracked down and video surveillance eventually connected all three back to Giardina. The Navy man protested his innocence to Iowa police, saying such petty stakes weren’t worth risking his $200k annual salary.

The Iowa cops notified the Navy a month after the incident and Giardina agreed to sign a statement saying his bathroom story was bogus. In exchange, Iowa would let the Navy take over the investigation, thereby saving Giardina from possible felony charges in a state court.

The report says Giardina was at the Horseshoe “four to five days a week” and averaged around 15 hours per week at its poker tables. Giardina continue to visit the Shoe even after he’d been questioned over the June incident, resulting in an order to steer clear for 90 days. Undaunted, Giardina was seen at the Shoe before his time out was over – including one visit just days after the Navy took one of his stars – leading to Giardina being banned for life from all Caesars Entertainment properties. 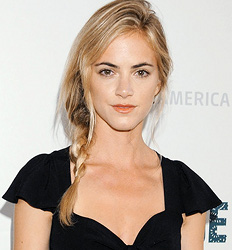 In May, Giardina was fined $4k and formally reprimanded for conduct unbecoming an officer, specifically, lying to Navy investigators. By that time, he’d been kicked out of US Strategic Command, the military branch that controls the nation’s nukes. Giardina currently serves as a staff officer in Washington and is probably dodging a Navy shadow as we speak in order to attend some military contractor’s poker night.

In official letters obtained by the Omaha World Herald, Giardina said his behavior “makes no sense” and “would only have been done by a careless idiot who wanted to get caught.” Giardina insisted that he “didn’t just wake up in the middle of June and ‘lose my mind’.” So you say, but the NCIS report says the Shoe’s security cameras caught Giardina “taking cigarette butts out of public ashtrays and smoking them.”

To get that image out of your head, do enjoy this photo of Emily Wickersham, who stars as Ellie Bishop on television’s long-running NCIS. She’s purdy…