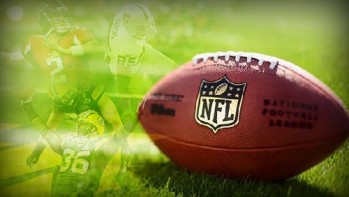 Week 12 is coming, ladies and gentlemen. I’m done psyching myself up for these games because I sometimes tend to over-think these lines. So I’m going to keep it short this week. I went 4-4 last week to push my record to 44-43-1. It’s not the best, but at least it’s better than the 4-12 record I had after two weeks of picking these games. Now onto my Week 12 picks!

The Green Bay Packers opened as -10 favorites but that number has dropped to -9. I’ve actually switched on my pick and I’m now taking the Pack to take this game running away. I don’t see Minnesota doing anything relevant for the rest of the year now that Adrian Peterson’s gone for the season. It’s also a big game for Green Bay because this is their chance to overtake the Detroit Lions, who have the unenviable task of going to New England to face the Patriots.

The line opened with Kansas City laying -6.5 points. As soon as it was posted, the whole wagon immediately jumped on the Raiders, pushing that number up to as high as -7.5. The number has since gone down to an even touchdown, which is probably the highest it’s going to be before the game kicks off. I like Oakland on this spot to cover late with a junk touchdown. Watch out for it, fellas. KC’s 5-0 ATS in their last five games. That’s about to end this weekend.

This is another game that has gotten some action on both sides, but not enough to justify the line moving from its opening number of -3. I like Cleveland here because I still don’t trust the Falcons, even if they’re a) playing at home, and b) sitting at the top of the NFC South with a 4-6 record. Give me the Browns on an upset, baby!

I’m still having a lot of trouble on this game. I want to take the Eagles because they’re coming off a tough loss against Green Bay and they’re at home against an inferior team, and they’re playing a game with huge playoff implications. All signs point to Philly playing with a lot of urgency and blowing Tennessee out. But I can’t lie: I’m still scared about Mark Sanchez. I’ll take Philly to cover this but I’ll probably be watching the game with one eye closed.

The number was bumped up to -7 as soon as the opening line was posted at -6.5 for the home team. That’s a lot of immediate action on New England, which is actually making me a little nervous about this game. The Lions are no joke, people. They’ve got a high caliber defense that has shut down some high-powered offenses this season. But I still can’t pick against New England knowing how good they’ve been playing in the past month. I think this game will be close heading into the 4th before the Pats pull away down the stretch.

I’m throwing all sorts of common convention out of the window on this game. Yep. You know where I’m going here. I love the Jaguars as 14-point underdogs! I know that Indy’s coming off of a loss, but the Colts haven’t looked right in two of their last three games, getting blown out by Pittsburgh and New England. I think they’re defense is a totally banged up and while Andrew Luck should be good for his usual 300 and three TDs, I see Jacksonville finding a way to keep this close to the number before covering late.

God bless the betting public, right! I actually saw this game going the other way after opening with the Seahawks as -6.5 favorites. I thought that number would go down to -5.5. Instead, it’s up to -7 for the home team. That’s a total lack of respect for the the most balanced team in the league right now. The Cards don’t have a lot of marquee names, certainly not more than Seattle’s over-hyped defense. But I think the Cards keep this close and cover at the end. I don’t think they’ll win, but they should make it a close game.

Fresh off of winning against the Denver Broncos as 10-point underdogs, the Rams now find themselves as +6.5 dogs against the San Diego Chargers. We all know San Diego’s ATS record by now: 5-0 to start the year; 0-5 ever since. I see the Chargers breaking that streak and give St. Louis the business in San Diego. I actually like the Rams, but I don’t like them at this spot.