Another week, another 4-4 record making picks. At this rate, I’ll probably end up with a .500 record for the season, which is bad because I’d have net losses to carry with me until the next season starts. Fortunately, it could’ve been worse me because I had some late covers that helped me get to .500. Who knows, maybe I sweep my picks in Week 12. That or maybe I go 0-8. Who knows, really? What I do know is that the opening lines for Week 12 are out. Peruse at your own discretion. 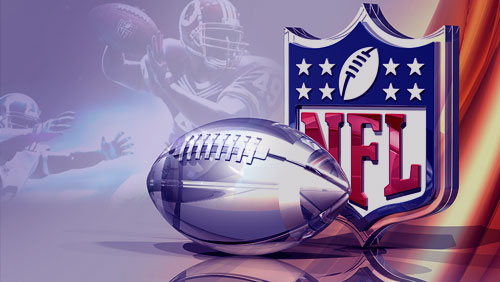 Fresh off of scoring 50-plus points for the second game in a row, the Green Bay Packers travel to Minnesota to play the Vikings as -10 favorites. It’s always tricky laying double digits on the road – just as the Denver Broncos, right? And the fact that this is a division game is going to make it even trickier. I don’t see this number moving too much because 10 sounds too big for the Pack, even if its against the lowly Vikes.

In the past give games, the Kansas City Chiefs have a 5-0 straight up record. But that’s not the most impressive feat the Chiefs have accomplished in that time. They also have a 5-0 record against the spread, which is next to impossible to do these days. Next week, KC travels to Oakland as -6.5 favorites and just as sure as I am of being a dumbass, I have a hunch that the Raiders are going to cover this one. I think the number’s going to be bet up to -8 for Kansas City and that should give me the hook I need to jump on Oakland covering that spread. I don’t think they’ll win it but this game could follow a similar format as the Raiders’ game against the Seahawks a few weeks ago. Oakland loses but covers in the end.

The Falcons lead the NFC South…wait, what?

Every week, the NFC South becomes more and more laughable. Two weeks ago, the Saints looked like they had it in the bag. Now, their tied with the Falcons atop the division, sporting similar 4-6 records. The only problem is that Atlanta has the tie-breaker on the grounds of its Week 1 win at home against New Orleans. This week, the Cleveland Browns travel to Atlanta with the Falcons as -3 favorites. At this point, there’s really no reason to bet on the NFC South anymore. They all suck. I’d wait on this line to bump up and even if it the Browns get half-a-point, I’m jumping on Cleveland to take this one.

I can’t remember the last time Mark Sanchez was a double-digit favorite at anything other than butt fumble jokes. But here he is, leading the Eagles as -11 favorites against the deplorable Tennessee Titans. I’m not going to lie; this line has me all jittery. On one hand, the Titans are just bad at football.  That being said, if Jake Locker is playing, I might actually consider taking them. Other than that, I might have to ride with the Sanchise and pray that I don’t run into someone’s butt along the way.

Don’t laugh because we might be heading down this path anyway. The Detroit Lions are locked in a heated battle with the Green Bay Packers for the NFC North title. That makes this game that much more important for the road team. Likewise, the New England Patriots are fighting their own battles to secure the top seed in the AFC. Something’s got to give, right? The Pats opened as -6.5 favorites, which is right around what I expected it to be. I’d wait to see how the line moves as the days go by before making a choice. Right now, though, I’m leaning on Detroit.

The Jags are still relevant?

They must be, if they’re getting two touchdowns against the Indianapolis Colts next week. The Jags are coming off a bye so that should be an added bonus for them not to lose by more than 14 points against a Colts team that just got stymied in New England. It’s hard betting against Indy knowing that they could explode for 44 points without even trying like they did against the Jaguars two months ago. But if there’s any semblance of pride over their in Jacksonville, this game should be a lot closer than that 27-point annihilation annihilation. Does 14 points qualify as “a lot closer?” I say yes.

This should be the best game of Week 12. The NFL’s only 9-1 team travels to Seattle to face a Seahawks team that’s on the precipice of completely apart. I don’t trust the makeup of this team anymore. Too many egos. Too many distractions. Not enough production. Add all that and the Arizona Cardinals are still +6.5 favorites? That opening line has “Drew Stanton” written all over it, but guess what, the Cards don’t need Stanton to be great to win. I think the number drops to -5 for this game so as early as now, I’m locking in on Arizona with the extra points.

The San Diego Chargers opened the season 5-0 against the spread. Since then, they’ve gone 0-5, which is the closest thing we have to a Jekyll and Hyde team. This week, they host the St. Louis Rams as -6 favorites. More than any other time the past five weeks, this should be the week they cover the spread again, right? I’m going to intently see where this line goes in the coming days. If the public has gotten on the Chargers, then I just might side with them. Otherwise, this one’s a pickle to pick.