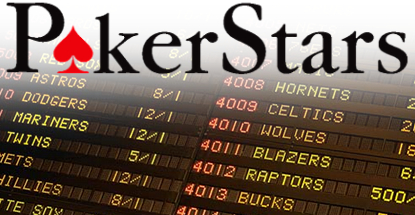 PokerStars intends to roll out casino and sports betting verticals on its .com site, which serves nearly half the company’s current player base. The rollout will begin with blackjack and roulette games on a market-by-market basis, with the two games expected to be available in all .com markets before the end of the year. Casino table games have been promised to arrive sometime in 2015 and the company says it also plans to launch a “full-featured casino on mobile and web” next year.

PokerStars launched blackjack and roulette on its Spanish-facing site at the end of September and Stars’ owner Amaya Gaming said last week that the offering had already managed to snag “double-digit” casino market share in the country. Amaya’s other recently acquired poker site, Full Tilt, launched its own casino offering in January. Approximately 30% of Full Tilt and PokerStars.es players now play these casino games on a monthly basis and half of Full Tilt casino players say it’s the only online casino they patronize.

Stars’ head of corporate communications Eric Hollreiser said the casino offerings had “been successful in reactivating dormant customers and extending the value of our existing poker customers.” The casino additions had increased net player deposits and had a “negligible impact on poker spend.” Stars says it will enable features to allow poker purists to operate in a casino-free environment and spare them the indignity of receiving casino marketing pitches.

In an interview this week with Italian news agency Agimeg, Stars’ new Italian operation manager Marco Trucco said the company was working hard to bring online casino games and slots to PokerStars.it, with sports betting to follow “as soon as our new product will be ready.” Trucco said the company needed to “open the house of Stars even to those who are not yet poker enthusiasts. Poker will benefit from this.”

In a separate interview with eGaming Review, Trucco compared poker’s Europe-wide decline to managing a ski resort that has been getting less and less snow each year. “You can either decide to keep only the black slopes high on the mountain for the experts, or you can invest in expensive snow cannons … If you don’t do that, you can’t just blame the fact that ski is not ‘cool’ or ‘hip’ anymore.”