Daily fantasy sports have become the rage these days as FanDuel and DraftKings, the two biggest names in the industry, continue their sponsorship arms race. The constant back-and-forth between the two companies took another turn when FanDuel reached an agreement with the National Basketball Association (NBA) days after DraftKings struck a similar deal with the National Hockey League (NHL). 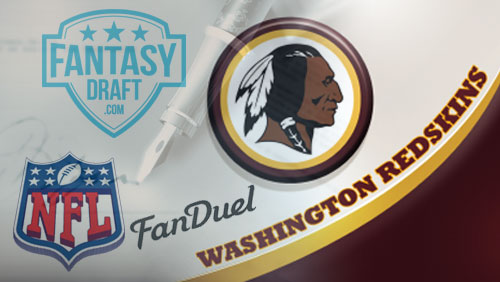 Most recently, FanDuel announced a fully integrated marketing agreement with the Washington Redskins, its first prominent partnership with a National Football League (NFL) team. Interestingly enough, only two NFL teams have existing deals with a daily fantasy sports site. The one is the New England Patriots, which signed its own agreement with DraftKings back in October 2014.

As part of FanDuel’s agreement with the Redskins, the fantasy sports site will be featured at the team’s home field, FedEx Field, as well as across the team’s entire digital and social media platforms. “Fantasy sports is an integral part of the NFL gameday experience and we couldn’t be more proud to strategically align with FanDuel – the pioneer of one-day gaming,” Redskins Chief Marketing Officer Mitch Gershman said. “Collaborating with FanDuel will offer yet another fan experience enhancement at FedExField.”

The timing of the Redskins deal also coincided with the company announcing that it had quadrupled its revenue and user base since the beginning of the NFL season. According to FanDuel, it could generate as much as $60 million in revenue for the year with an increase in active users to 1.1 million.

A new entrant in the game, a rookie if you should wish to call it, is FantasyDraft. The company launched a beta version of its website last week and followed that up with endorsement deals with NFL wide receivers Jordy Nelson of the Green Bay Packers and T.Y. Hilton of the Indianapolis Colts. It’s a new kind of sponsorship for the growing industry to sign deals with individual players instead of the entire team. It’s worth noting that neither the Packers nor the Colts have existing sponsorship deals with any fantasy sports site.

“As a player we can relate to the feeling fantasy sports players have when their lineup performs.  FantasyDraft.com is going to be a fun place for the pro player like myself to compete against our fans on their turf,” Hilton said in a statement. “FantasyDraft.com provides a great way for athletes to connect with fans and see how we perform across different sports.”

With their new deals, Hilton and Nelson will set up their own profiles on the site and play against fans. The caveat is that if they win, their winnings will be sent to a charity of their choice. In addition, both players are obligated to make appearances on behalf of the start-up fantasy sports operator.