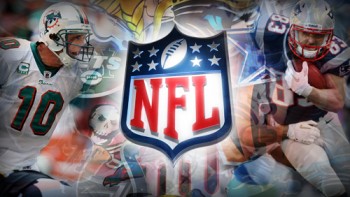 It was a rough Week 10 for me so I’m not going to try to rehash all the silly backdoor covers that turned a 5-3 record into 3-5. I’m looking ahead to Week 11 and as always, I’ve picked out eight games and put a pick on each and every one of them. Here’s to hoping for better returns in Week 11.

It’s hard to make a case for either team here and the lack of active line movement makes it even more difficult. The Dolphins opened as -5 favorites and while the number has moved up to -6 at some books, others still have it at the opening line number. This is an important game for both teams so I expect it to be closer than most people believe it will be. I think Miami wins it but Buffalo gets the late cover.

The Cleveland Browns are the number one team in the NFC North. No, this isn’t an elaborate April Fools prank in November. The Browns really do lead the division. But I still think that they’ve squeaked their way to that spot on the strength of a cream puff schedule. I don’t care if you’re 6-3, but if you lose to the Jacksonville Jaguars, I can’t take you seriously. On the other hand, the Texans aren’t doing any better these days so while the Browns may have the better record, I still think the Texans can cover the 3.5 points, even with Ryan Mallett making his first career start at QB.

Would you believe it if I told you that whoever wins this game could be tied for first place in the NFC South? Believe it, ladies and gentlemen. The Panthers actually opened as -3 favorites but that number has dropped to -1.5 after the teams’ no-show against the Philadelphia Eagles. I don’t like either team in this spot, but I do believe the Panthers are still a little better team than Atlanta. Taking the Falcons on the road these days is the equivalent to flushing your money down the toilet. Give me the Panthers with the shorter odds.

Here’s another game that has had some active line movements since opening at -4.5 for the Bears. Now it’s down to -3.5, which goes to show how little faith the public has in Jay Cutler and company these days. I said earlier in the week that I’m holding out one last ride on the Bears. Now that it’s at -3.5, I’m like my pick even better.

I’ve had my eye on this line for the entire week so I’m a little disappointed that the public hasn’t bit on the Seahawks as the road dogs as much as I hoped they would. After opening with the Chiefs at -1.5, that number has wavered to -1 but has largely kept at the same line where it started. I’d probably wait to see if late action pushes it on the side of Seattle, but even if it stays at the number, I like the Chiefs here as the home underdog.

I still believe that the New Orleans Saints are a better team than their 4-5 record says about them. If you think about it, the team has lost four games in the final minute. Split that evenly and the team is 6-3 and we’re not even having this conversation. But that’s the NFL and this week, New Orleans hosts Cincinnati as -6.5 favorites. Some books have actually pushed that number up to -7, but for the most part, the line has stayed where it started. That’s incentive for me to side with the Saints getting back on track in a big way.

Another game that has held steady since opening with the Broncos as -9.5 favorites. Some books have bumped it up to -10 while others have dropped it to -9. I still think late action on Denver’s going to push this up to double digits so if you can get the -9.5, pounce on it. This one has the makings of a rout.

This game would’ve been much different if Carson Palmer was still the Cardinals QB. That’s the common sentiment I’ve heard throughout the week, but the line movement – or lack thereof – seems to side with the belief that it’s not really going to matter if Drew Stanton is under center during the game. The Cards opened as -3 favorites but some books have shaved half-a-point off of that starting number as a result of the QB change in Arizona. I for one don’t think it’s going to matter. I like the Lions in this spot to not only cover but win the game outright.