Darren Elias has become the first player to win back-to-back World Poker Tour Main Event titles, in the same season, after defeating 118-players to take the title at the WPT Caribbean event in St. Maarten. 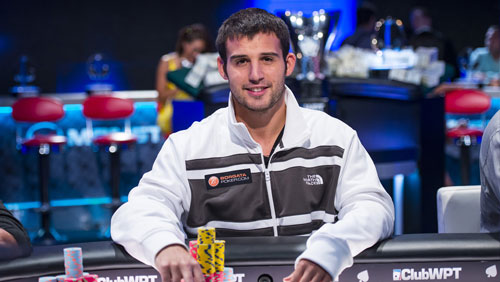 Once again the folklore of the heater is available for all to see as Darren Elias creates a little piece of history by becoming the first player to ever win back-to-back World Poker Tour (WPT) Main Event titles in the same season.

The record breaker has taken apart the 118-player field to capture the first prize of $127,680 at the WPT Caribbean Main Event, on the beautiful island of St. Maarten, two months after wading through 1,226 entrants on his way to victory at the WPT Borgata Championship.

Elias becomes the second player to ever win back-to-back WPT Main Event titles, after the German player ‘Mad’ Marvin Rettenmaier, first accomplished the feat, with victory in the Season X ending WPT World Championships at The Bellagio, before capturing his second title in the opening event of Season XI in Northern Kyrenia, Cyprus.

Victory was always going to be difficult after the relatively unknown Christophe Rosso waltzed into the final table holding more chips than the other five players combined. Fortunately, for Elias, the four-day structure was sweet enough to allow him to make his way to the final table with 61 big blinds, despite the mammoth advantage that Rosso held.

Elias wasn’t the only player at the final table searching for his second WPT Main Event victory. Mike Linster, who captured the WPT bestbet Jacksonville title in Season XI, also looking for title number two before being elbowed out of the contest by Rosso in fourth place.

The third seasoned pro, to make the final table, was Dan Murariu. The two-time Unibet Open Champion with a previous title win in St. Maarten on his resume, and also a 10th finish at a WPT event held in Slovakia, back in 2009. The Romanian started as the final table short stacked, and rather predictably exited in sixth place after his A9 bumped into Linster’s pocket queens.

The heads-up fight between Rosso and Elias was set after Rosso eliminated George Griffith, in third place, to set up a 4:1 chip lead against the WPT Champions Club member; but Elias proved that he has championship material by clawing his way back into contention before finally securing his record breaking second title win.

Elias is the first player to win two WPT Main Event titles, in the same season, since Tuan Le and Daniel Negreanu also accomplished the same feat way back in Season III.

The WPT has moved on swiftly with the action already underway in the WPT Main Event at the bestbet Bounty Scramble in Jacksonville, and the preliminary events underway at the WPT UK held at Dusk till Dawn (DTD) in Nottingham.