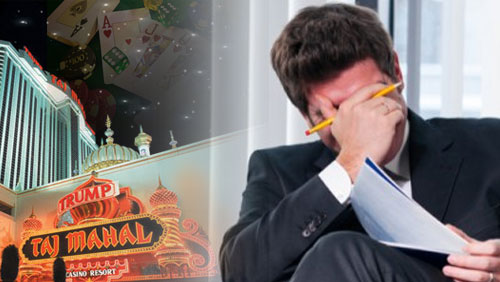 Icahn said he plans to honor his deal to acquire the casino’s debt and inject $100 million of his own funds. But the casino is losing money hand over fist and, without a state bailout, Icahn believes that the casino will join the four other Atlantic City casinos that have closed their doors this year.

Icahn also called out the casino’s union for being short-sighted about his rescue plans. Instead of accepting the court-ordered termination of employees’ healthcare and pension plans, union members have been staging protests outside the casino’s doors. “Reprehensibly, the union, instead of working with and trying to help the company to keep the Taj alive, is instead doing everything to destroy the possibility of saving the jobs of over 3,000 employees.”

But union president Bob McDevitt painted a different picture, calling the investor’s attempts to cut off the union’s benefits a massive step backwards. “It’s really hard to know what to believe from him anymore,” McDevitt told the Associated Press.

“It’s pretty bizarre to say you want to help, when you start out as a lone wolf ripping away workers’ livelihood and dignity. Everyone else in this city and state is working together to move Atlantic City forward. You can’t start by moving thousands of people backwards.” Local 54 of the Unite-HERE union is appealing the Delaware bankruptcy judge’s decision.

Icahn insists the Taj needs government aid to the tune of $175 million just to keep afloat but that request has been rejected by state Senate President Steve Sweeney and Icahn appears resigned to bid the Taj bye-bye. “Frankly, several of my advisers have told me that if the city and the state did not come up with the money, they’d be doing me a large favor.”