Sometimes it’s better to move the chains instead of risking bombs deep in the secondary. That was the mindset the sportsbooks took from Week 7 after coming out on the winning side over the betting public, even if it had to do it the old fashion grit n’ grind way. 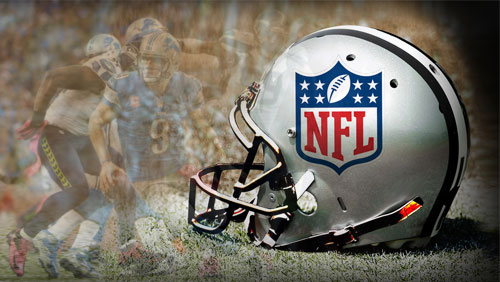 The early slate of games proved to be a winner for the books, including the St. Louis Rams’ 28-26 upset of the Seattle Seahawks in a game that saw Rams coach Jeff Fisher pull out all the stops, including a deceptive 90-yard punt return in the first half and a fake punt with under three minutes left in the game that allowed St. Louis to run out the clock against the defending champs. That result gave the books a big enough cushion in the early games to absorb some of the hits they took in the late afternoon set.

A lot of popular favorites also failed to cover their games, including the Chicago Bears, the Buffalo Bills, the Cleveland Browns, and the San Diego Chargers. Despite laying the points, all four teams were huge public bets heading into their games and had it not been for Sammy Watkins’ last-second touchdown grab, all four teams would have lost their games outright, let alone have the points to cover the spread. It was that kind of day for the public, which even saw one of its biggest public plays, the New York Giants, get upended by an even bigger sharp play in the suddenly dominant Dallas Cowboys.

Despite generating success from a healthy number of games, the books took their own hits over the weekend, thanks to the Indianapolis Colts and the Denver Broncos. Both teams were huge public bets heading into their games against the Cincinnati Bengals and San Francisco 49ers. In the end, even their spreads didn’t matter as Indy trounced the Cincinnati Bengals, 27-0, followed by Peyton Manning setting the career touchdown record on his way to leading the Broncos past the Niners, 42-17.

Those two losses coupled with Carolina’s horror show against the Green Bay Packers left a lot of books lighter on their winnings despite seeing most of the public plays go up in smoke.

Sometimes it’s just better to win ugly because at the end of the day, Dominic Toretto put it best: “It don’t matter if you win by an inch or a mile, winning’s winning”.